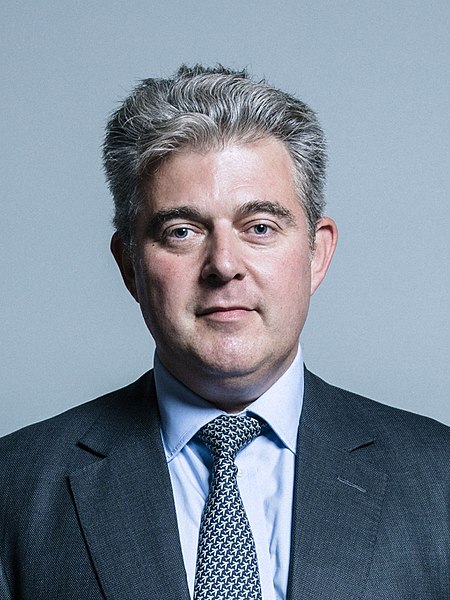 The British Minister for Brexit and No Deal Preparation (Brandon Lewis, above) urged the EU's Brexit Co-ordinator not to create 'unnecessary worry and stress' with his tweets.

Brexit ministers express
'frustration' with each other

Brandon Lewis (left) has written to Guy Verhofstadt to express ‘disappointment and frustration’ about his comments on the EU Settlement Scheme.

Verhofstadt, who is the European Union’s Brexit Co-ordinator had tweeted that he wanted:

‘Settled status automatically for ALL Europeans. The burden of proof to reverse [refuse to give settled status] must be with the Home Office, not the citizens.’

Lewis, whose full title is the Minister of State for Security and Deputy for EU Exit and No Deal Preparation, said these tweets were likely to cause ‘unnecessary worry and stress’.

He reiterated that EU citizens are welcome to stay in the UK after Brexit, saying:

‘We are committed to protecting their rights.

‘Even if we leave the EU without a deal, the Prime Minster had made clear that EU citizens living in the UK will have the absolute certainty of the right to live and remain.’

Since the Settlement Scheme was publicly launched in March, it has been criticised for being an application-based system rather than an automatic one.

There are fears that if eligible EU citizens who have lived here for years do not register, they could find themselves without a legal status – another Windrush scandal waiting to happen. Or else they could be wrongly granted pre-settled status instead of settled status.

Lewis confirmed that nobody has been granted pre-settled status (for those who have lived in the UK for less than five years) without first being offered the opportunity to submit evidence that they qualify for settled status.

He also asked Verhofstadt to ensure that Europe reciprocated the Scheme to its resident UK nationals:

‘I urge… the EU27 to adopt similarly generous approaches that will provide UK nationals in the EU27 with the certainty and security that they need.

‘It would be good to see the EU27 matching our offer of a fee free process and a deadline of at least 31 December 2020 for UK nationals to secure their status.’

Smith Stone Walters – we are here to help

Smith Stone Walters has produced a short film that explains how the EU Settlement Scheme works and how to access the mobile app.

This video forms part of a tailor-made service offered by Smith Stone Walters to UK businesses employing EU workers.  The support you can receive includes:

Please read the comments from some of our clients who have been users of this service and then contact us for further information.