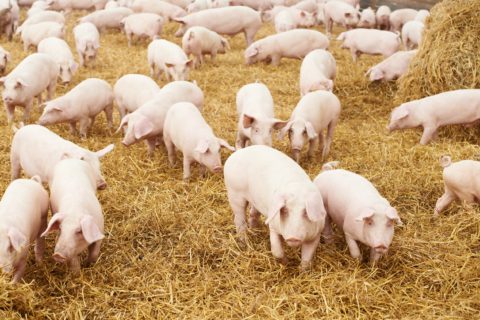 The UK's Seasonal Worker Scheme will be expanded to provide temporary visas for pork butchers to come to the UK for up to six months.

What could the UK’s Business Mobility routes look like in 2022?

The UK government has announced that it will allow more foreign butchers to enter the UK for temporary work, in a bid to tackle the growing crisis on pig farms. Due to a nationwide shortage of pork butchers, farmers have warned that mass livestock culls may be necessary if the UK cannot bring in more workers to help tackle the backlog.

To help ease the pressure on the sector, the government will temporarily extend its Seasonal Workers Scheme to pork butchers. Until 31 December 2021, up to 800 pork butchers will be eligible to apply for visas from the existing allocation under the Seasonal Workers Pilot Scheme, allowing them to travel and work in the UK for a period of six months.

The move follows other similar adjustments recently made to the post-Brexit immigration rules to help alleviate labour shortages in key sectors. The government has already offered up to 10,500 temporary visas for HGV drivers and poultry workers from overseas, to help ease supply chain issues in the run-up to Christmas.

Despite yet another U-turn in post-Brexit immigration policy, the government continues to warn businesses that temporary visas are not a long-term solution to the UK’s labour shortages, and instead calls on employers to make long-term investments in the UK domestic workforce to build a ‘high-wage, high-skill economy’, rather than relying on labour from overseas.

What is the Seasonal Worker Scheme?

The Seasonal Worker route allows employers in the edible horticulture sector to source migrant workers for up to six months through an approved scheme operator, which acts as the licensed sponsor for any workers on the scheme. This pilot scheme is subject to an annual quota of 30,000 temporary visas set by the Home Office, and split between the scheme operators.

Butchers and meat processing staff were not previously included in the scheme. However, the temporary visas recently introduced to tackle key labour shortages are being delivered via the Seasonal Worker route, currently allowing employers to sponsor:

Applicants to the scheme must be over 18, hold a Certificate of Sponsorship from their employer in the UK, and show that they have maintenance funds of at least £1,270 to support themselves in the UK. The cost to apply for a Seasonal Worker visa is £244.

Other work routes for butchers

Skilled Worker visas are also valid for a period of up to five years, with an application fee of £610 for up to three years, or £1,220 for more than three years. The higher cost and duration of the Skilled Worker visa could therefore make this option unsuitable for shorter-term assignments.

Last year, the Migration Advisory Committee (MAC) recommended that butchers should be added to the Shortage Occupation List (SOL). Jobs on the SOL are subject to more favourable immigration conditions, and allow employers to pay workers a lower minimum salary of £20,480. However, the Home Office has not yet implemented this recommendation, and shortage roles such as HGV drivers and meat industry workers currently do not appear on the official list.

If labour shortages in key sectors continue to cause disruptions into 2022, the Home Office may need to look at other solutions to make it easier for employers to access the workers they need from outside the resident labour market. In the meantime, employers are advised to use the temporary visa routes on offer to source employees whilst they remain open.

Get support with temporary visas

If you are an employer looking to bring temporary workers to the UK, or if you are an applicant seeking to apply under the Seasonal Worker scheme, Smith Stone Walters can help.

To speak to an immigration advisor, please contact us today.