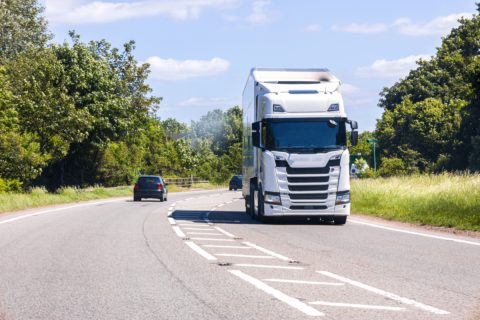 The UK government has confirmed that it will offer up to 10,500 visas to temporary workers from overseas to help tackle the shortage of workers in the haulage and food industries in the run-up to Christmas.

The UK government has finally agreed to relax the immigration rules and introduce a temporary visa scheme to help tackle ongoing labour shortages in the logistics and food sectors.

News headlines over the weekend have been dominated by concerns over fuel supply linked to the shortage of HGV drivers that has been evident in the UK for months, largely due to the combined impact of Brexit and COVID-19.

Under the temporary visa scheme, up to 10,500 visas will be offered to temporary workers from overseas, to help ease supply chain issues in the run-up to Christmas. The visas will be targeted at foreign workers in the transport and food industries.

Although the move has been welcomed by industry leaders in both the logistics sector and the food sector, many claim that the 10,500 temporary visas on offer will not be enough to tackle the labour shortages and fix the UK’s supply chain crisis.

What will the temporary visa scheme offer?

The Department for Transport has confirmed that up to 5,000 HGV drivers will be able to come to the UK for three months to transport food and fuel in the run-up to Christmas, providing short-term relief for the haulage industry.

Alongside this, a further 5,500 temporary visas will be offered to poultry workers for the same period, to avoid any potential further pressure on the food industry during the industry’s busiest time of year.

Recruitment for short-term HGV drivers and poultry workers from overseas will begin in October, with visas valid until 24 December 2021. The scheme will be delivered through the Temporary Workers route. UK Visas and Immigration (UKVI) are preparing to process the required visa applications in a timely manner, to ensure UK employers can access the required labour as quickly as possible.

According to industry leaders, the UK’s shortage of HGV drivers was evident even before Brexit and the pandemic hit. However, both factors have contributed to a ‘mass exodus’ of EU citizens leaving the UK and not returning, causing the shortage to worsen. Industry bodies estimate that there is currently a shortfall of about 90,000 drivers, which is placing mounting pressure on retailers.

The logistics sector has been calling on the government for months to address the HGV driver shortage by relaxing the immigration rules to allow more foreign workers to come to the UK and temporarily keep vehicles moving in the short-term.

However, the government has stated that the scheme will be a temporary fix, and that visas will not be a long term solution. Instead, the government has stressed that wider reforms are needed in the industry, and employers are being encouraged to make long term investments in the UK domestic workforce instead of relying on overseas labour to build a ‘high-wage high-skill economy’.

Currently, HGV drivers do not meet the skills criteria to qualify for a work visa under the Skilled Worker route. However, industry representatives have suggested that HGV drivers should be added to the government’s Shortage Occupation List (SOL), to make it easier for employers to fill the gap with overseas workers. Roles featured on the SOL are subject to more favourable immigration conditions, giving individuals an advantage in obtaining a Skilled Worker visa if the role is considered to be in shortage.

Find out more about the temporary visa scheme

In the meantime, if you have any questions on applying for a Temporary Worker visa, we can help. To speak to an advisor, please contact us today.