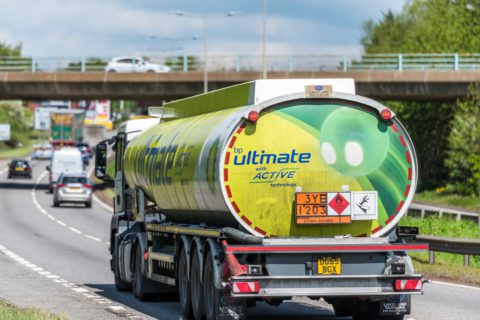 To help tackle the ongoing driver shortage and fuel crisis, the UK government has introduced a new immigration concession allowing HGV drivers to seek temporary leave at the border.

Concession for temporary
leave at the border
for HGV drivers

The UK government announced last week that it would offer up to 5,000 temporary visas to allow overseas HGV drivers to come to the UK to help tackle the ongoing driver shortage. Initially, the offer presented would allow temporary workers to stay in the UK and fill shortage roles until 24 December 2021.

However, following widespread criticism about the short-term nature of the visas on offer amid the ongoing fuel crisis in the UK, the government has since agreed to amend the scheme to expand the range and duration of visas available.

To help facilitate the entry of HGV drivers into the UK, the government has introduced a new concession allowing non-visa nationals coming to work in the UK as HGV fuel tanker drivers to seek permission to enter at the border. The concession applies to drivers arriving between 1 October 2021 and 15 October 2021.

If approved, non-visa nationals will be granted permission to enter and work in the UK as a fuel tanker driver until 31 March 2022. However, there are several eligibility criteria that HGV drivers must satisfy and evidence that must be presented to Border Force officers upon arrival at the UK border.

Eligibility requirements for the concession

You will be eligible to be considered under the concession if:

When deciding whether to grant permission under the concession, Border Force officers will consider:

If you are granted permission to enter and work in the UK, that permission will only permit you to work as a fuel tanker driver for a specified employer. You will not be permitted to do any other work.

If the Border Force officer assessing your case is satisfied that you are eligible for the concession, you will be granted permission to enter and to work in the UK as a fuel tanker driver for the specified employer until 31 March 2022.

The concession does not allow you to bring in any dependant family members unless they otherwise meet the requirements of the Immigration Rules.

If the Border Force officer is not satisfied that you meet the requirements to be granted entry under this concession, you may be refused.

In particular, if any of the grounds for refusal under the Immigration Rules apply, you may be refused entry. These include:

There is no right of appeal if you are refused permission to enter under this concession.

Endorsement letter and employment in the UK

To be considered under the concession, you must provide a HGV driver’s endorsement letter by BEIS confirming that you are approved to work under this scheme.

Before providing you with an endorsement letter, BEIS will carry out checks with your employer and will require information such as:

Relevant information will be provided to Border Force before your arrival to facilitate consideration of your request for permission to enter the UK.

Upon arrival at the UK border, you must show a valid national passport and your HGV fuel driver’s endorsement letter to a Border Force officer. You must not go through an e-gate.

You may also need to show further evidence such as your driving licence and proof that you have funds to support yourself while in the UK and that you intend to leave the UK at the end of your period of permission.

Once you have entered the UK under this concession, your permission will expire if you leave the Common Travel Area (CTA). Where you leave and wish to re-enter, you must present your passport and endorsement letter again and you will be granted permission to enter until 31 March 2022.

If you need support in applying for a temporary work visa under the scheme, or if you are an employer looking to hire temporary workers, Smith Stone Walters can help.

To discuss your requirements with an immigration consultant, please contact us today.