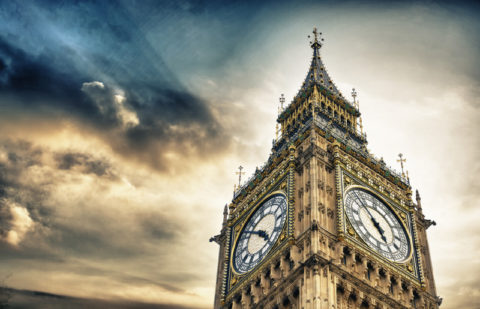 From 1 January 2021, free movement will end and the UK will introduce a new points-based immigration system. Here's what we know about the new system so far.

The UK's new immigration system: What we know so far

The UK’s controversial Immigration Bill returned to the House of Commons last night for a third reading and was approved by 342 votes to 248.

This means the Bill has now cleared all stages in the House of Commons and will now move to the House of Lords to be considered further.

The Immigration and Social Security Co-ordination (EU Withdrawal) Bill forms part of the government’s move towards a new points-based immigration system to be introduced from 1st January 2021.

Exact details of the new framework are yet to be established, however the Home Office have released information for employers on what to expect from 2021 onwards when free movement ends and both EU and non-EU citizens will be treated equally under the new points-based system.

Here’s an overview of what we know so far about the UK’s proposed new immigration system and how employers can prepare for the upcoming changes.

EU citizens already living in the UK by 31 December 2020 will not be affected by the new system. They and their family members are eligible to apply to the EU Settlement Scheme to secure their residency status, and have until 30 June 2021 to make an application.

After the deadline, those who have not applied will be subject to the new system so we would urge those wishing to apply to do so at an early stage.

As a transitional measure, employers can continue to accept passports and national identity cards of EU citizens as evidence of their right to work in the UK until 30 June 2021.

The basis of the new system means migrants coming to the UK to work will be assigned points for specific skills, qualifications and salaries. Visas will only be awarded to those that score enough points.

From 1 January 2021, people coming to the UK for work purposes will need to demonstrate that they have a job offer from an approved sponsor at the required skill level (RQF 3 or above), and that they can speak English.

In addition to this, they will also be subject to salary thresholds as follows:

Besides more detail on the general skilled worker route, as we approach 2021 we expect to see further government guidance on other routes into the UK, such as:

Businesses wishing to recruit workers from outside the resident labour market from 1 January 2021 will need to hold a valid Home Office sponsor licence.

Employers who are not currently approved sponsors should consider applying for a licence now if they think they will want to sponsor skilled migrants, including from the EU, from early 2021. The approval process can take up to eight weeks

Companies that are already registered sponsors will not need to make a new application, and a sponsor licence will not be required to employ someone from the resident labour market with an existing right to work in the UK. This includes EU citizens with settled or pre-settled status, and non-EU citizens with indefinite leave to remain in the UK

New immigration routes, such as the skilled worker route, will open from autumn 2020 for applicants who wish to work in the UK from 1 January 2021.

Similar to the current system, applications will be made and paid for online and submitted from outside the UK. Anyone coming to the UK as a visitor will not be able to apply for a visa to work once in the country.

The government has outlined a five-step process to define the migrant journey from January 2021, regardless of whether they are an EU or non-EU citizen. More information on the process is available here.

Be aware, be prepared

With the government now one step closer to implementing the UK’s new immigration system, employers should be aware of how this will affect their hiring practices from January 2021.

With this in mind, Smith Stone Walters will be producing a series of guides to help employers understand their obligations under the new points based immigration system.

If your business needs assistance with applying for a sponsor licence or advice on how to prepare for the changes, our immigration advisers can help. Contact our team today.