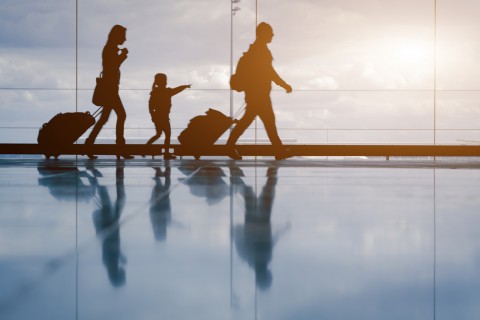 The migrant journey from January 2021 is a five-step process outlined by the government for a migrant entering the UK, regardless of whether they are an EU or non-EU citizen.

A typical migrant journey from January 2021

From January 2021, the UK will end free movement and implement a new points-based immigration system. Under the new rules, EU and non-EU citizens entering the UK will be treated equally as the government moves forward with its stated aim of introducing a “firm and fair points-based system”.

The UK has had a points-based immigration system since 2008, however a policy statement published by the government on 19th February 2020 outlines plans for a new system which will come into effect from 1st January 2021.

The latest proposals are significant in that EU citizens will now be subject to the UK’s immigration rules for the first time. Whilst they will still be able to enter the UK as visitors for six months without the need to obtain a visa, EU citizens will need prior permission to live and work in the UK.

Business will need time to adjust to the end of free movement and the new restrictions being placed on recruiting European labour. With less than eight months remaining until the new rules are enforced, employers are strongly advised to take action now to prepare for the changes.

The migrant journey from January 2021

As part of the policy statement released in February, the government set out its vision to implement a “fully digital end-to-end customer journey” for all migrants entering the UK.

The migrant journey from January 2021 is a five-step process outlined by the government for a migrant entering the UK, regardless of whether they are an EU or non-EU citizen. The journey includes the following stages:

The introduction of the new points-based immigration system means employers must prepare for significant changes to their ability to recruit EU workers. Critically, all businesses wishing to employ EU or non-EU migrants from 1st January 2021 must hold a valid sponsor licence.

Companies that have already been granted sponsorship status are ideally positioned to recruit skilled migrants from the EU when the changes come into effect. However, employers that rely on EU workers and do not already have a sponsor licence should consider applying now.

As hundreds of companies across the UK will now need to apply for sponsorship status under the new rules, the Home Office is likely to see a significant increase in the volume of applications over the coming months. With this in mind, Smith Stone Walters advises employers to submit their applications early, to ensure you can continue to recruit and retain skilled migrants.

Our team of immigration advisers have helped hundreds of organisations to become approved sponsors. If you have questions regarding the upcoming changes to UK immigration and how this will affect your business, or if you need assistance in applying for a sponsor licence, we’d be delighted to help. Contact a member of the team today to discuss your requirements.