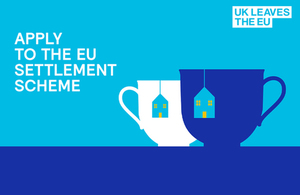 However, early figures show that a third of those who have already applied haven't yet received an outcome.

Initial participation in the EU Settlement Scheme (EU SS) has been ‘immensely encouraging’, the Home Secretary has said.

From 30 March to 30 April 2019, there were an estimated 389,900 applications filed. This brings the total number of applications since private testing of the Scheme began (in late August 2018) to approximately 621,500.

This is an average of 19,000 applications being submitted every working day during April. The majority of applicants live in England, and originally come from Poland, Romania and Italy.

However, the total number of applications that have been concluded, as of 30 April 2019, was only 445,000. That leaves a third of EU nationals still unsure of their immigration status.

‘EU citizens are our friends, neighbours and colleagues who contribute so much to this country. Whatever the outcome of Brexit we want them to stay.

Our free and straightforward EU Settlement Scheme has already seen 750,000 applications [up to the present day] – which is immensely encouraging. I hope this early success continues in the coming months.’

A more detailed Office Statistics report will be published in August 2019, at the same time as the quarterly immigration statistics.

How Smith Stone Walters can help

Smith Stone Walters has been supporting clients in filing their EU SS applications successfully since the Scheme’s inception.

If you need any more information on how we can help your EU workforce, please contact us.