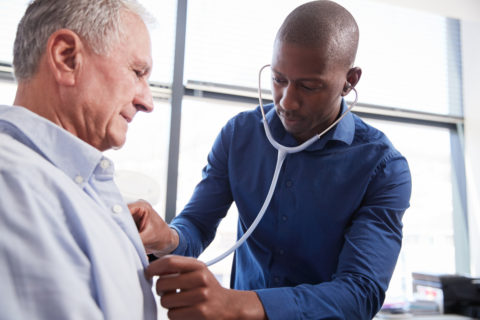 Leaders in the medical field are calling on the Home Office to make urgent changes to the visa rules to make it easier for overseas General Practitioners (GPs) to stay in the UK and work after completing their training.

Leaders in the medical field are calling on the Home Office to make urgent changes to the visa rules to make it easier for overseas General Practitioners (GPs) to stay in the UK and work after completing their training.

Currently, foreign GPs must work for five years on a Skilled Worker visa before they are eligible to apply for Indefinite Leave to Remain (ILR) in the UK.

Whilst this timeframe covers most specialist medical training, GPs face a unique challenge in that they usually complete their training after three years. This leaves a two-year gap in which GPs must secure sponsorship in order to practice in the UK when their training visa expires.

However, many newly qualified GPs struggle to find an employer willing to sponsor them for the two-year gap before they become eligible for settlement. Many GP practices are small entities and are currently facing immense pressure from external factors including post-pandemic recovery and staff shortages. For this reason, many GP practices are reluctant to shoulder the cost and administrative burden associated with applying for and maintaining a sponsor licence.

NHS England had expected to be allowed to sponsor International Medical Graduates (IMGs) during the two-year period but failed to reach an agreement with the Home Office. As a result, qualified GPs who are unable to find a sponsor are being forced to take roles elsewhere in the NHS or even consider leaving the NHS and the UK entirely at a time where the country faces a chronic shortage of doctors.

Last October, the Royal College of General Practitioners (RCGP) wrote an open letter to the Home Secretary calling for a reform of ‘nonsensical’ visa rules that act as a barrier for GP trainees from overseas to continue working in the NHS.

The letter, signed by over 4000 GPs and trainee GPs, stated: “The RCGP has been working with the NHS bodies across the UK to support IMGs and to help practices register as sponsors. While this has helped, we are still hearing that some IMGs are struggling and therefore we need a national solution to ensure all trainees are secure in their immigration status during the difficult transition between training and becoming a fully-fledged GP.”

The industry body suggested several possible solutions to the problem, including allowing all GPs to have their visas sponsored by the NHS directly, or for them to be offered a scheme similar to the current Graduate visa allowing them to stay in the UK and work following completion of their training.

How many GPs come from overseas?

Since Brexit, foreign doctors from EU countries can no longer work freely in the UK. This has led to the UK relying on more non-EU foreign doctors. According to data from the British Medical Association, around 48% of current trainee GPs require visas.

Speaking to the Financial Times last week, the acting chair of the GPs’ Committee at the BMA Dr Kieran Sharrock said: “With around half of trainee GPs in England subject to these visa restrictions, it’s potentially a huge waste — of skills, time and money — if these doctors are then forced to leave general practice or the NHS because of a problem that is so easily solvable.”

Sharrock also highlighted the alarming rate in which the country is ‘hemorrhaging’ doctors, saying that England has lost the equivalent of over 1,900 full-time fully qualified GPs since 2015. Almost a quarter of this loss happened in the last 12 months alone, representing the biggest annual fall in almost three and a half years.

In November 2022, Minister for Immigration Robert Jenrick stressed that the best way to increase the number of international GPs taking up places in the UK is for more GP practices to register as Home Office approved sponsors.

He said: “Sponsorship is not supposed to be onerous and the Home Office believes that it is not as onerous as some people clearly perceive it to be. Over 48,000 organisations are licensed sponsors of Skilled Workers, and many are high-pressure, small organisations, such as GP practices.”

However, he acknowledged that there was ‘clearly an issue – whether in reality or in perception’, and said that he is prepared to consider other sponsorship arrangements suggested by the sector.

One solution the Home Office and NHS England have agreed to explore is the creation of ‘umbrella sponsors’ which could sponsor visas for overseas GPs at scale. The Minister stressed that any umbrella body would need to have the ability to uphold the necessary sponsor duties to ensure compliance with the Immigration Rules. He suggested that in principle, the umbrella sponsor could be an appropriate national body such as Health Education England, an integrated care board or a royal college.

Applying for a sponsor licence in the medical sector

Despite the Home Office’s commitment to work with the sector to create umbrella sponsors, no changes have been agreed so far. Until the government and the medical sector can agree on a workable solution to the issue, GP practices wishing to hire overseas nationals without an existing right to work in the UK must apply for a sponsor licence.

Smith Stone Walters has produced a free guide for employers on sponsoring workers from overseas, including guidance on how to apply for a licence and how much it costs. To download your free copy, please click here.

Or to speak to a qualified immigration consultant from our sponsor licence and compliance team, please contact us today.