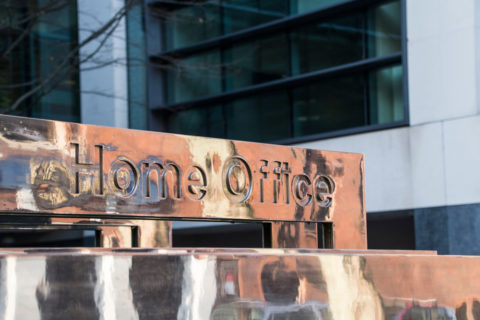 On 18 October 2022, the Home Office published a new Statement of Changes in Immigration Rules.

On 18 October 2022, the Home Office published a new Statement of Changes in Immigration Rules. The document sets out amendments to the rules relating to several immigration categories, including some key work visa routes. We set out some of the statement’s main amendments below.

Expansion of the Seasonal Worker route

The Seasonal Worker route is being expanded to include roles in the poultry production sector for the period from 18 October to 31 December each year. This is to support the sector during a peak seasonal demand period in the run up to Christmas.

This expansion will set specific salary requirements for poultry workers, ensuring that for roles that would qualify for the Skilled Worker route, wages for workers in such roles are not less than they would be required to be paid under that route.

Changes to the Ukraine Extension Scheme

The statement of changes confirms an extension of the eligibility period, to allow Ukrainian nationals who obtain permission to enter or stay in the UK for any period between 18 March 2022 and 16 May 2023 to apply to the Ukraine Extension Scheme and obtain 36 months’ permission to stay in the UK.

Ukrainian nationals who travelled to the UK without making an application to one of the Ukraine Schemes were granted six months’ Leave Outside the Rules at the border. If these individuals wish to stay in the UK, they need to make an application for further permission to stay. Extending the eligibility period of the Ukraine Extension Scheme will provide a route for these individuals, as well as other Ukrainian nationals who arrived with permission to enter or stay on another route after 18 March 2022, to obtain a longer period of permission to stay and therefore greater certainty in respect of their immigration status.

The last date that a Ukrainian national granted six months’ Leave Outside the Rules at the border would have valid leave is 16 November 2023. As a result, this was chosen as the appropriate deadline for applications to the Ukraine Extension Scheme.

Abolition of the Police Registration Scheme

The Statement of Changes also formalises the previously reported abolition of the Police Registration Scheme. Previously, foreign nationals of specified nationalities aged 16 or over were required to register with the police if they had been granted more than six months’ leave under certain immigration categories.

The Statement justifies the abolition by explaining that the scheme has not changed for many years, and the same data collected by the police is now already captured electronically by the Home Office at the visa application stage.

Changes to the Immigration Rules and the wider immigration system since the scheme was introduced mean that more individuals are screened before travel to the UK so those of concern can be identified earlier in their interaction with the Home Office. There is therefore little need for the police to collect the same data after a person has already entered the UK. As well as creating duplication, once this information is captured by the police, it is held indefinitely and not looked at again in the vast majority of cases.

Citizens of Colombia, Guyana, and Peru are being made non-visa nationals. This means they will no longer have to obtain a visit visa before coming to the UK and can be examined and granted entry on arrival.

The risk of immigration abuse and criminality from these countries has consistently fallen in the last five years. Additionally, there are significant potential rewards for granting these nationalities non-visa national status, such as improved trade, diplomatic relations, and tourism.

The British National Overseas (BNO) visa route first opened to applications on 31 January 2021, and offers a ‘pathway to British citizenship’ for Hong Kong BNOs and their dependant family members.

The changes being made to this route include a provision to enable children of BNO status holders to apply for a BNO visa independently (that is, without needing to form part of their parents’ household or apply at the same time as them). This change will apply to those who:

Partners, dependent children, and adult dependent relatives of the adult child may also apply with them.

Changes to the Global Talent route

The Global Talent category is for talented and promising individuals in the fields of science, digital technology and arts and culture wishing to work in the UK. ‘Talent’ applicants are already leaders in their respective field, while ‘promise’ applicants have shown the potential to become leaders in their field.

The main changes being made to this category are as follows:

Other minor changes include:

Individuals in the UK on certain types of visa have conditions attached to their permission which restrict their ability to work. A change is being made so such conditions will not prevent migrants standing for or filling an elected post in local or devolved government.

Many individuals subject to immigration controls would not met the eligibility criteria to stand for election, regardless of the Immigration Rules, but this change ensure the UK meets its commitments to countries with which we do have reciprocal agreements around candidacy. Before this change, any such cases would have to be handled on a discretionary basis.

The change allows those with existing leave to remain who are eligible to stand for and fill elected posts (including any associated work around running for election) where they are eligible to do so. It does not, however, alter the candidacy rules, which are subject to separate regulation. It also does not create any provision for someone to remain in the UK on the basis they are standing for or filling an elected post. Candidates who are subject to immigration control must have a separate basis for stay. For example, a Skilled Worker or Student would need to continue doing the job or course they had been sponsored to do, to maintain their existing status, or they would have to switch to any other immigration route for which they are eligible.

The Service Supplier route is one of five visa sub-categories under the Global Business Mobility route. You can apply for a Service Supplier visa if you have a contract to provide services for a UK company, either as:

New rules are being added to the Service Supplier route to ensure provisions that enact commitments the UK has taken in trade agreements can only be used where an agreement is in force or has been provisionally applied by the relevant parties to the agreement.

Keep up to date with UK immigration

To keep up to date with the latest news and views relating to UK and global immigration, please sign up to our free news service. Or to discuss an immigration query with our qualified advisors, please contact us today.