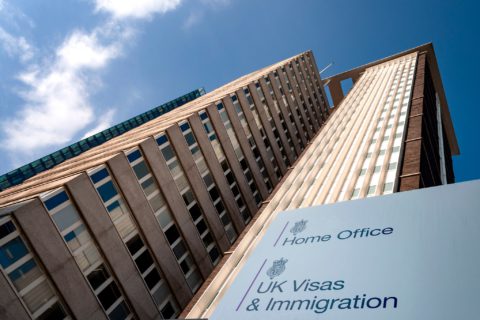 The Home Office has launched a new Independent Examiner of Complaints (IEC) service for customers of the Department’s immigration services.

In launching the IEC service, the Home Office has fulfilled another of the recommendations put forward in Wendy Williams’ Windrush Lessons Learned Review, published in March 2020. It also brings the Department in line with several other public service delivery departments such as the Department for Work and Pensions (DWP) and His Majesty’s Revenue and Customs (HMRC).

Although the IEC will not have any remit over immigration decisions, which remain subject to existing appeal processes, they will apply greater scrutiny and ultimately increase public confidence in the customer services delivered by the Home Office, as well as helping to manage reputational risk.

The Independent Examiner of Complaints is not a civil servant or Home Office employee. They are an independent post holder, appointed under contract. This allows them to make fully independent decisions based on the merits of each complaint on a case-by-case basis.

Following a fair and open recruitment process, the Home Office announced yesterday that Moi Ali has been appointed as the new IEC. She will be supported by an Office for the IEC, based in Stoke-on-Trent. Her approach will be to understand the complainant journey and perspective whilst supporting staff to provide a complainant-centric service.

Ms Ali has a background in independent complaints review, having overseen complaints about senior police officers in her current role as the Independent Assessor of Complaints for the Crown Prosecution Service (CPS), a role which she will continue in on a part-time basis.

Types of complaints the IEC can look at

The IEC can examine complaints about the following business areas:

Complaints may be about a delay or error, poor service, poor advice or information, or a failure to follow the correct procedures.

The IEC can only review your complaint if:

Types of complaints the IEC cannot look at

The IEC is unable to look at complaints:

How to make a complaint

To submit a complaint to the Office for the IEC, you can fill out the online form or contact the service in writing or by phone using the contact details below.

The IEC has a clear process in place for handling your complaint. When each complaint is received, the Business Support Team will register it and decide if it can be looked at. You may be asked to provide more information. If the IEC cannot look at your complaint, you will be told why within 5 working days.

If the IEC agrees to look at your complaint, the actions they make take include:

To find out more about the new service, please visit the GOV.UK guidance page here.