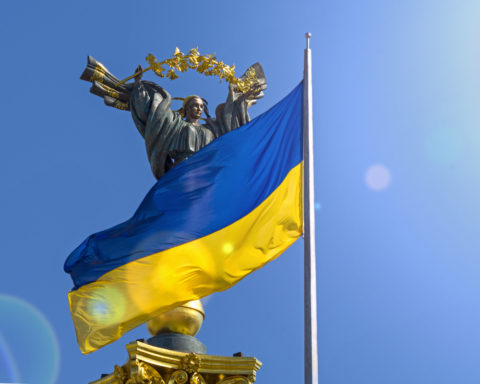 As the people of Ukraine celebrate the 31st anniversary of Ukraine Independence Day, the UK government is calling for more people to come forward and help house Ukrainians fleeing the war.

This Wednesday 24 August marked the 31st anniversary of Ukraine Independence Day and six months since the start of the war.

As the people of Ukraine celebrate this significant anniversary, the UK government is calling for more people to come forward and help house Ukrainians fleeing the war.

In response to the war, the government formally introduced three visa schemes in March 2022 for Ukrainian nationals and their family members seeking to enter or remain in the UK:

Thanks to the good will and generosity of tens of thousands of people, more than 177,000 Ukrainians have been given safety in the UK so far through both the family and sponsorship schemes (data is as of 16 August 2022).

This huge collective and community effort represents the UK’s biggest offer to shelter people fleeing war since 1946. But with the Russian invansion continuing, many Ukrainians are still looking for a place of safety, and the British public are being urged to volunteer a home as sponsors.

The United Kingdom has been unwavering in its support and we continue to stand shoulder to shoulder as more than 115,000 people arrive from Ukraine, our biggest offer of sanctuary to people fleeing war since 1946.

Those who have chosen to sponsor Ukrainians represent the very best of British community spirit and generosity and I would urge anyone who has the room to come forward and join thousands of others in providing a safe haven for people forced to leave their country.

The ONS recently surveyed sponsors about their experiences with the Homes for Ukraine Scheme and the results show the vast majority of people want to provide support for longer than 6 months, which is a testament to the goodwill and generosity of the British people. They will of course continue to receive £350 ‘thank you’ payments up to 6 months and the Ukrainians they sponsor have the right to work and to access benefits and public services, including education and healthcare, from day one.”

Ukrainains who have already arrived in the UK and were given 6 months leave are also reminded that they must take action to extend their stay to up to 3 years if they have not already done so. They can do this on GOV.UK, though Ukrainians who have already enrolled their biometrics, and collected their biometric residence permit (BRP) do not need to take any further action.

What is the Homes for Ukraine Scheme?

Homes for Ukraine is a unique scheme that has been set up specifically to support those escaping the conflict in Ukraine. The scheme opened on 18 March for visa applications from individuals or households fleeing from Ukraine who have named people in the UK willing to sponsor them.

The scheme is open to Ukrainian nationals who were residents in Ukraine prior to 1 January 2022. It is also open to their immediate family members and family members of such Ukrainian nationals: a spouse, a civil partner, an unmarried partner (must have lived together in a relationship for two years), children under-18, parent if you are under-18, fiancé(e) or a proposed civil partner. These individuals may be of other nationalities.

There will be no limit or cap on the sponsorship route and tens of thousands have already arrived. The UK will welcome as many people fleeing from Ukraine as wish to come and for whom there are sponsors. An extensive list of frequently asked questions about the scheme can be found here.

Where can I find more information?

Those interested in becoming sponsors for the Homes for Ukraine scheme can find out more information and record their interest online.

Those wishing to get started immediately with finding someone to host can contact recognised providers listed online who help provide support and guidance on becoming a sponsor, and can help people safely find a match. A record of interest will also be shared with the local authority who may make contact to discuss where there is a need for sponsors in the area.

Members of the public with general enquiries can call the enquiries line on 030 3444 0000 or email correspondence@levellingup.gov.uk.