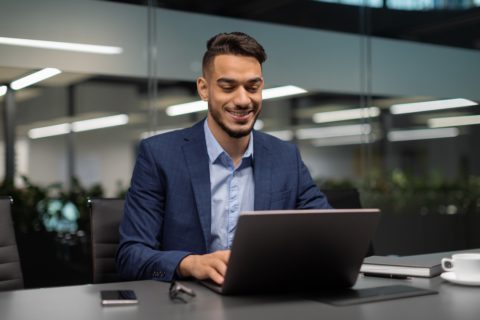 A UK Expansion Worker visa allows the holder to come to the UK to set up a branch of an overseas business that has not started trading in the UK yet. This visa has replaced the Sole Representative route.

On 11 April 2022, the UK government launched five new immigration routes for overseas businesses wishing to send workers to the UK for temporary assignments. These five visa sub-categories all fall under the umbrella of the Global Business Mobility (GBM) route.

The new GBM routes have reformed and replaced several pre-existing categories, which have now closed to new applicants. In this article, we will be focusing on the UK Expansion Worker route, which has replaced the Sole Representative provisions of the Representative of an Overseas Business route.

A UK Expansion Worker visa allows the holder to come to the UK to set up a branch of an overseas business that has not started trading in the UK yet. Applicants must already work for the overseas business as either a senior manager or specialist employee.

So how does the UK Expansion Worker route differ from its predecessor, the Sole Representative route, and what do the changes mean for businesses? In this article, we examine the key differences and assess whether the changes will help or hinder companies seeking to establish a business presence in the UK.

The most significant change, and one which will have the greatest impact on employers, is the fact that the UK Expansion Worker route is now a sponsored one.

Whereas its predecessor route was unsponsored, anyone applying for a UK Expansion Worker visa must have a valid Certificate of Sponsorship (CoS) from their employer. The sponsoring entity will need to be a UK branch or wholly-owned subsidiary of an established overseas business. This means that the new business in the UK will need to apply for, and be granted, a sponsor licence before the first expansion workers can apply for a visa.

Unlike other sponsored work routes, companies applying for a sponsor licence on the UK Expansion Worker route must not already be actively trading in the UK. They must, however, show that they have:

We explore the new sponsorship requirements in more depth in our previous article.

In a more welcome change, employers are permitted to sponsor up to a maximum of five UK Expansion Workers at any one time. This enables companies to send a team of senior employees with different skillsets into the UK to undertake the expansion work. As the name suggests, the old Sole Representative route permitted only one senior employee of the overseas business to enter the UK to establish the new entity.

Due to the fact that the new route requires workers to be sponsored, the eligibility criteria that applicants must meet are somewhat stricter compared to the Sole Representative route. To be eligible to apply for a UK Expansion Worker visa, the applicant must:

Under the Sole Representative route, there was no prescribed list of eligible occupations and minimum salaries, and the eligibility requirements simply stated that applicants must hold a senior position within the business (but must not own or control the majority of it) and have the skills, experience and knowledge to undertake the role in the UK.

Despite the introduction of new skill and salary thresholds, UK Expansion Workers do not need to prove that they can speak English to an acceptable standard in order to apply, as was previously required under the Sole Representative route.

Another key change introduced with the new route is shorter grants of permission to stay.

Under the predecessor route, Sole Representatives could stay in the UK for an initial period of 3 years. After that, the individual could apply to extend their visa for a further 2 years. However, UK Expansion Workers can only come to the UK for up to one year initially, with the option to extend their stay by up to a further year. 2 years is the maximum continuous period a person can stay in the UK on this route.

No route to settlement

Previously, Sole Representatives could apply for Indefinite Leave to Remain (ILR) in the UK after 5 years. However, as the UK Expansion Worker route is classed as a temporary work route it does not lead to settlement in the UK and permission in this route will not count towards the qualifying period of stay required for ILR should an applicant later apply to settle under another route.

The removal of this pathway to permanent residence reflects the Home Office’s view that the new GBM routes are intended for temporary work assignments and not as a way for overseas nationals to settle permanently in the UK.

Although the UK Expansion Worker route does not lead to settlement, assignees can apply to switch in-country to another visa category such as the Skilled Worker route, if they meet the requirements.

How will the changes impact businesses?

Overall, the UK Expansion Worker route appears to offer minimal benefits when compared to the old Sole Representative route which allowed for far greater flexibility for both the applicant and the business.

From a business perspective, the need to provide sponsorship to the workers entering the UK will present additional administrative burden and compliance requirements when it comes to applying for and maintaining a sponsor licence. Companies will also need to consider the associated costs and ensure that their employees meet the new eligibility requirements.

From a visa applicant’s perspective, the lack of a pathway to settlement may make the new route less favourable compared to its predecessor. Even if the applicant switches to a Skilled Worker visa, any time spent in the UK on a UK Expansion Worker visa will not count towards the qualifying period.

However, there are some positive changes introduced with the new route that offer a slight silver lining for employers: the ability to sponsor up to five UK Expansion Workers means a team of workers can be sent rather than just one person, and the removal of the English language requirement means applicants can now avoid having to pay for and pass a Secure English Language Test (SELT).

Expanding your business to the UK?

If your business is looking to set up a branch in the UK and you would like to find out more about the UK Expansion Worker route, Smith Stone Walters can help. Our team of immigration experts can assist with everything from applying for a sponsor licence to managing the visa application process for your assignees. To discuss your requirements, please contact us today.