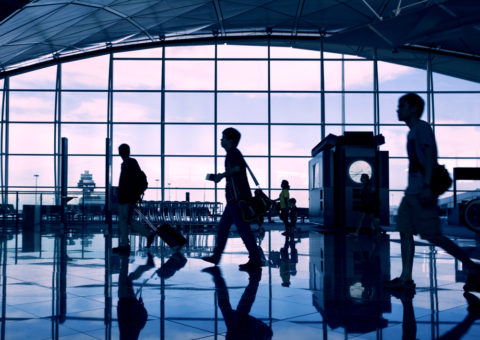 The Home Office has published its Migrant Journey: 2021 report exploring patterns in non-EEA migrants’ visa and leave status as they journey through the UK’s immigration system, including data up to the end of 2021.

Migrant Journey 2021 report:
How many people settle
in the UK?

The Home Office has published a new report exploring patterns in non-EEA migrants’ visa and leave status as they journey through the UK’s immigration system, including data up to the end of 2021.

The Migrant Journey: 2021 report looks at the leave status of migrants each year from the point at which they were initially granted leave to enter the UK, any subsequent grants of extensions of stay within the UK, to settlement, citizenship or leave expiry. The report includes two types of analysis:

The full report including detailed data tables can be viewed here. Below, we explore some of the key results and data trends and set out our predictions on how a typical migrant journey could change over time due to key policy changes introduced with the UK’s post-Brexit immigration system.

Important Note: The statistics in this report are based on information recorded on Home Office case working systems regarding an individual’s leave status. Although an indication, it is not possible to tell from this leave status whether the individual is currently still in the UK, or how much time they spend in the UK.

What is a ‘Migrant Journey’?

A migrant journey refers to how individuals interact with the UK’s immigration system over time, including:

The report focuses on the 5 year cohort, and for study 10 year, because this is the typical length of time after which people become eligible to apply for settlement. To be granted settlement in the UK, individuals generally must have lived in the UK for a certain length of time in a qualifying category.

People who have been living in the UK for 10 years on any combination of routes will be eligible for settlement after 10 years. Most people on work routes will become eligible after 5 years residence, though for some High value routes it is 2 or 3 years. Those on a family route may become eligible after 2, 5, or 10 years depending on when they arrived. Sponsored study doesn’t have a direct route to settlement, so those who go on settlement will usually have switched to another route or reached the 10 years needed for long residence.

The main findings from the Migrant Journey: 2021 report are as follows:

The report also highlights some overall trends in the data relating to migrants granted settlement during this period.

Under 18s were the age group most likely to hold valid leave or settlement after five years. Almost three-fifths (58%) of this age group issued visas in 2016 were dependants of another visa holder, rather than the main applicant, likely coming to the UK with their parents. This indicates that families with accompanying children are more likely to stay in the UK long term, extending their leave or applying for settlement.

Those aged between 18 and 29 were the least likely to hold valid leave or settlement after five years at 24%. This is in part likely related to the differences in age profiles of different visa categories.. For example, 18 to 29 year olds made up 83% of Sponsored study visas and 76% of Temporary worker visas issued to main applicants in 2016, both of which are temporary routes without a direct path to settlement.

It is important to note that the migrant journeys represented in this report relate only to non-EEA nationals, as EEA nationals did not require visas to enter the UK before January 2021.

Smith Stone Walters anticipates that future analysis of migrant journeys (including data relating to EU citizens) could show larger proportions of migrants ending their journey by securing ILR in the UK. This is due to a variety of factors including:

Support and advice on UK immigration

If you are looking to file a UK visa or settlement application and require support with the process, Smith Stone Walters can help. Our qualified immigration advisors are experienced in helping corporate and private clients secure visas for work, study or family purposes, as well as ILR and citizenship applications.

To discuss your requirements with a member of our team, please contact us today.