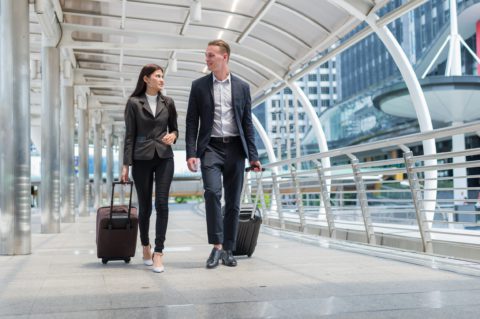 What could the UK’s Business Mobility routes look like in 2022?

The UK’s Intra-Company Transfer route enables multi-national companies to transfer their overseas employees to a UK subsidiary or connected branch of the business for temporary assignments. Depending on their salary, assignees can stay in the UK for up to 9 years in any 10 year period on an ICT visa, but the route does not lead to settlement.

The MAC, an independent body which provides evidence-based advice on migration issues, was commissioned by the Home Office to carry out the study to assess whether the ICT route remains relevant in the context of the UK’s new points-based immigration system and new work routes such as the Skilled Worker route.

Background to the review

Since the Skilled Worker route launched in December 2020, migrants coming to work in the UK and their employers benefit from more favourable conditions compared to those offered by its predecessor, the Tier 2 (General) route.

For example, employers do not need to carry out a Resident Labour Market Test before hiring a Skilled Worker, there is no cap on the number of migrants who can come to the UK under the new route, and most migrants are permitted to switch to a Skilled Worker visa from another category without having to leave the UK, as long as they meet the requirements. The Skilled Worker visa also offers its holder more flexibilities, such as lower skill and salary thresholds and the ability to settle in the UK after five years’ continuous residence.

Although these reforms have been welcomed by employers and applicants alike, the changes have contributed to the Intra-Company Transfer route declining in popularity since the Skilled Worker route launched. However, the Home Office cannot simply allow the ICT route to become redundant, as its provision enables the UK to fulfill its commitments under free trade agreements such as the General Agreement on Trade in Services (GATS), to provide immigration routes for senior managers or specialists and graduates.

MAC were therefore tasked with examining how organisations are currently using the existing route, and to evaluate areas for possible change. Below, we provide a brief overview of the report’s findings and set out the key recommendations.

Overview of the findings

Overall, the MAC found that the current ICT route is working well in many areas and no significant changes are required.

It also found that, given the relatively high salary thresholds for ICT migrants combined with their average age and family structure, most ICT workers are net contributors to the public finances and are therefore valuable to the UK economy. The MAC found no evidence that ICT workers are having an adverse impact on wages or employment amongst domestic workers, even in those occupations where the use of ICT workers is more prominent.

However, the report does highlight several recommendations which the Home Office should consider to ensure the route remains relevant for multi-national businesses with global workforces, as follows.

Under the ICT route, applicants must be employed in a role skilled to at least RQF level 6 (degree level or equivalent). The report recommends keeping this requirement unchanged, as a drop in skill level would introduce many more eligible roles beyond the specialists and senior managers the route was originally designed for.

The minimum salary level under the ICT route is currently £41,500 or £23,000 for graduate trainees. Applicants earning £73,900 or more per year are classified as ‘high earners’ under the route and are permitted to stay in the UK for longer and are also not required to have worked for the employer for at least 12 months before applying.

The Immigration Skills Charge (ISC) is a fee levied on businesses employing skilled migrants. Sponsors are required to pay the fee for each Certificate of Sponsorship (CoS) they assign, unless an exemption applies.

Currently the ISC applies to the Intra-Company Transfer route, except for Graduate Trainees. In its report, the MAC recommends that the ISC should continue to be levied on the ICT route, where trade agreements do not preclude this.

The Trade and Cooperation Agreement between the EU and the UK sets out that for ICTs, the ISC cannot apply for EU nationals from 1 January 2023. Despite the agreement, the MAC suggests that by not applying the ISC to all nationalities, UK employers could be incentivised into favouring certain nationalities over others. The MAC does recognise that this is less likely to be an issue in the ICT route as employers do not have as much choice on nationality as the employees must already work in the overseas branch.

One of the biggest changes suggested by the MAC is to offer ICT visa holders the option to settle in the UK without having to switch into an alternative route to meet the requirements to do so.

Due to the route being primarily designed for short-term assignments, the Intra-Company Transfer route does not currently lead to settlement in the UK. However, new rules around switching which came into effect with the new points-based system allow migrants to switch in-country from an ICT visa to a Skilled Worker visa.

The report puts forward a recommendation for the ICT route to be a route leading to settlement, without the need to switch to other routes to obtain this. Time spent in the UK on an ICT visa should also count towards settlement if the worker does switch into another route. No other changes to the current switching rules have been suggested, to maintain the provision that switching is permitted from day one.

One of the major benefits of the ICT route cited by employers and employees in the MAC’s qualitative study was the lack of English language requirement.

Under the Skilled Worker route, applicants must demonstrate that they can speak English to an acceptable standard either by taking an English language test, holding a relevant qualification or by being a national of a majority English speaking country. However, no such requirement applies to assignees entering the UK under the ICT route.

Not requiring applicants to prove their knowledge of English saves employers significant time, effort and costs, with many respondents considering this a key factor in making the ICT visa a quicker and easier option than other routes. The MAC review therefore recommends maintaining the policy of imposing no English language requirement under the Intra-Company Transfer route, citing that the exemption provides employers with flexibility, reduces time and admin and is consistent with the ICT route being primarily used for temporary stays.

The future of the ICT route

Smith Stone Walters will examine specific areas of the MAC’s report and recommendations in more detail in due course. In the meantime, employers wishing to find out more about the suggested ICT reforms and how the changes could impact their business are encouraged to get in touch for an informal discussion.

To speak to a qualified immigration advisor, please contact us today.