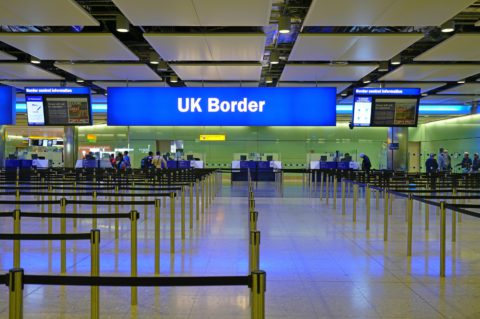 From 1 October, national ID cards will no longer be an acceptable travel document for EU citizens arriving in the UK, except for those holding settled status. However, concerns have been raised over how this will impact those boarding flights to the UK.

New rules for EU citizens
boarding flights
to the UK

From 1 October, the rules are changing for EU, EEA and Swiss citizens arriving in the UK. EU citizens will no longer be able to use a national ID card to enter the UK if they do not have the right to live in the UK. Instead, EU citizens not settled in the UK will be required to show a valid passport at the border when arriving for short visits or visa stays.

Those European nationals who have secured settled or pre-settled status under the EU Settlement Scheme will be able to continue using national ID cards to enter the UK until at least 31 December 2025.

A Home Office spokesperson said: “The British public repeatedly voted to end free movement and take back control of our immigration system. The removal of ID cards fulfils this commitment and means EU, EEA and Swiss citizens now follow the same, more secure rules for entering the UK as travellers from the rest of the world. They are an insecure form of identification and from 1 October we will be phasing them out.

“We have provided nearly a year’s notice of these changes, and have engaged extensively with the public and industry, including carriers, to enable those affected to prepare.”

However, the EU and campaign groups representing citizens’ rights have expressed concerns about the changes, fearing that EU citizens travelling with ID cards may be turned away from boarding flights to the UK due to confusion over the rules.

How will EU citizens prove their residency status?

The concerns stem from the fact that EU nationals who have secured settled or pre-settled status under the EU Settlement Scheme are not issued with a physical document to evidence their immigration status.

Instead, passengers will need to provide a share code so that airlines can use the Home Office’s online tool to check their status digitally. However, reports suggest that airlines simply do not understand the settlement scheme and they do not have access to the portal used by the Border Force to automatically cross-reference settlement status.

It is feared that the absence of physical documents and lack of understanding of UK immigration rules among airline staff could lead to travel operators refusing to board EU citizens with ID cards.

Who can continue to use ID cards?

There are some exceptions to the new rules. You can continue to use your national ID card to enter the UK until at least 31 December 2025 if:

The travel documentation issue was one of several raised by the EU at a meeting last week of the UK-EU specialised committee on citizens’ rights.

The EU raised concerns about delays in issuing Certificates of Application to the 450,000 EU Settlement Scheme applications caught in a Home Office backlog of cases yet to be processed. A Certificate of Application allows EU citizens to evidence their rights whilst their EUSS application is still being decided.

If you are an EU citizen or an employer seeking clarity on the UK’s post-Brexit immigration rules, Smith Stone Walters is here to help.

Our free digital guide sets out everything you need to know about the UK’s points-based immigration system. If you would like to discuss a specific question, please contact our team today.