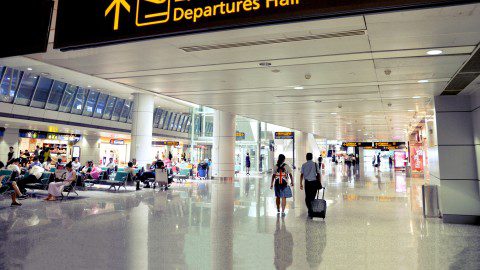 This week, the Global Immigration team at Smith Stone Walters would like to highlight the following updates from Europe, Canada and Thailand.

This week, the Global Immigration team at Smith Stone Walters would like to highlight the following updates from Europe, Canada and Thailand.

On 15 September 2021, the European Parliament adopted the reform of the EU Blue Card, which aims to facilitate the employment of highly qualified non-EU nationals and to alleviate labour shortages in key areas.

The reform will now have to be approved by the Council and published in the Official Journal before it can enter into force. Member states will then have a two-year period to bring their national legislation in line with the directive.

Under the revised rules, applicants will need to present an employment contract or a binding job offer of a minimum of six months as well as evidence of higher qualifications or professional skills. Currently, a 12-month contract or offer is required. The salary threshold for applicants has been reduced to at least 100% and not more than 160% of the average gross annual salary in the member state of employment (from the current 150% minimum with no upper limit).

Beneficiaries of international protection (such as refugees) will also be able to apply for an EU Blue Card in members states other than the one where they received asylum or another protection status.

It will be possible to attest certain types of professional qualification, such as in the information and communication technology sector, through proof of relevant work experience.

Holders of an EU Blue Card will be able to move to another member state after an initial 12-month period in the country that first granted them the Blue Card. They will also benefit from being reunited with family members swiftly through faster reunification procedures and access to the labour market for accompanying family members.

The new rules do not outlaw parallel national schemes for highly skilled immigration. However, the amendments introduce provisions to ensure a level playing field so that EU Blue Card holders and their families are not at a disadvantage compared to holders of national permits.

The original public policy came into effect on 24 August 2020, and the eligibility criteria were expanded to allow all visitors who are in Canada with valid temporary resident status to apply inland for an employer-specific work permit, regardless of when they arrived in Canada. The public policy is being extended until 28 February 2022.

The Thai government has announced a series of upcoming measures aimed at attracting wealthy individuals, high-income retirees, highly skilled professionals, and high-income workers with ten-year residence visas for themselves and their spouses and children, tax exemptions, remote work permission and permission to own land and property. Holders will also be exempted from the need to report to immigration authorities every 90 days.

The government has also indicated that it may lift the requirement for companies in Thailand to employ four Thai nationals for each foreign national employee.

Procedures and facilities must now be drawn up by various government ministries and agencies, and the measures are expected to be implemented in the first half of 2022.

Highly skilled professionals will reportedly be expected to earn at least USD 80,000 over the last two years and work in certain industries, such as infrastructure, logistics and digital systems. Those who wish to work in Thailand while employed overseas (digital nomads) will be required to have more than five years of work experience.

Due to the constantly evolving nature of global immigration, country-specific rules may change at short notice. For this reason, Smith Stone Walters recommends checking the entry rules of your destination country before departure.

For up to date advice before you travel, please contact the SSW Global Immigration team.