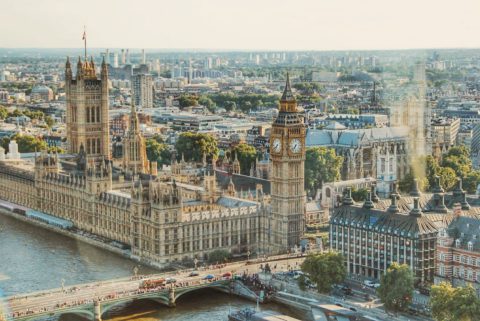 In a Statement of Changes released yesterday, the UK government set out some key amendments to the Immigration Rules including the introduction of the new Graduate route and changes to the Shortage Occupation List.

On 4 March 2021, the UK government published a new Statement of Changes in Immigration Rules, highlighting a number of key amendments to the rules regulating people’s entry and stay in the UK.

The 104 page document formalises the introduction of the Graduate Route which will open to international students on 1 July 2021. Also included in the statement are revisions to the Shortage Occupation List and changes to the EU Settlement Scheme.

Smith Stone Walters will provide further information on individual areas of this new statement in due course. In the meantime, we would like to highlight the following main points which employers and visa applicants should be aware of.

The Statement of Changes confirms that the previously announced Graduate Route will open to applications on 1 July 2021. The route has been introduced to improve the UK’s appeal as a study destination for international students.

This post-study route is for international students who have successfully completed an eligible course as a sponsored student at a UK higher education provider with a track record of compliance. Successful applicants will be able to stay in the UK and work, or look for work at any skill level for up to two years after they graduate, or three years for Doctoral students.

Applications must be made in the UK and applicants must have current permission as a Student or Tier 4 migrant. They must not have previously held permission on the Doctorate Extension Scheme (DES), or the Graduate route. The DES will close upon opening of the new Graduate Route.

If a Graduate visa holder finds suitable employment during their stay, they will be able to switch to the Skilled Worker route providing the requirements of the route are met.

The Shortage Occupation List (SOL) shows occupations where UK employers face a shortage of suitable labour in the resident market, and where it is sensible to fill those shortages with migrant workers. Occupations on the list are then subject to more favourable immigration arrangements, enabling employers to access a wider pool of suitably skilled workers more quickly.

The latest Statement of Changes sets out revisions to the SOL which are being introduced following recommendations from the Migration Advisory Committee (MAC), an independent body which advises the government on migration issues.

The statement also includes changes to the EU Settlement Scheme (EUSS), in relation to the suitability and eligibility requirements.

The main change is in respect of the suitability provisions for applications under the scheme. The change will enable the Home Office to refuse applications under the EUSS where the applicant’s presence in the UK is not ‘conducive to the public good’ due to conduct committed after the end of the Brexit transition period.

Further changes to the EUSS relate to the eligibility requirements for family members of relevant EEA nationals.

The Global Talent route is a bespoke immigration route designed to attract the ‘best and brightest talent from around the world’. The route allows talented and promising individuals in the fields of science, digital technology and the arts to live and work in the UK.

Under the current application process, a confirmed job offer is not required, but applicants must obtain an endorsement from a list of selected UK industry bodies that have been approved by the Home Office.

However, the latest Statement of Changes sets out changes to the Global Talent route which will allow certain applicants who have reached the ‘pinnacle of their careers’ to bypass the endorsement requirement and expedite the application process.

In order to qualify, applicants must have received a ‘prestigious prize’, a full list of which is set out in Appendix Global Talent. The relevant prizes have been identified by the Global Talent endorsing bodies as demonstrating ‘irrefutable evidence of exceptional talent’.

Examples of eligible awards include:

The statement also includes some amendments to the BNO visa route, most notably a change which will allow BNO visa holders to apply for a change of conditions and the ability to access to public funds where they later become destitute or at imminent risk of destitution.

If you need advice or support with UK immigration matters, Smith Stone Walters is on hand to help.

Our expert immigration consultants will guide you and your business through everything you need to know to ensure you remain compliant under the new rules. To speak to an advisor, please contact us today.