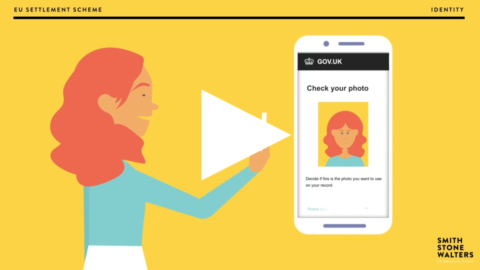 The EU Settlement Scheme (EUSS) has reached the milestone of five million applications, with four months still remaining until the deadline of 30 June 2021.

On 11 February 2021, the Home Office announced that its EU Settlement Scheme (EUSS) had reached the milestone of five million applications, with four months still remaining until the deadline of 30 June 2021.

First opened in March 2019, the EU Settlement Scheme is designed to help European citizens living in the UK to secure their rights to continue living and working in the UK post-Brexit. EU, EEA and Swiss citizens who were living in the UK by 31 December 2020 are eligible to apply under the scheme, and successful applicants will be granted settled or pre-settled status, depending on how long they have been living in the UK.

Addressing the scheme’s latest milestone, Home Secretary Priti Patel said: “It is fantastic news that over five million applications have been made to the hugely successful EU Settlement Scheme. It’s the biggest scheme of its kind in UK history and will mean European citizens and their families can continue to call the UK home.”

The numbers so far

Of the total applications, more than 4.5 million grants of status have been made, and the Home Office is now ramping up its efforts to ensure EU citizens and their family members are aware of the impending deadline and the need to apply.

The Home Office has already spent £4.6 million in advertising the scheme, and now plans to launch a new £1.5 million campaign with targeted adverts set to appear on social media, website banners, TV and radio.

A further £4.5 million in funding has also been announced to support vulnerable and hard to reach groups who have not yet applied to the scheme. The money will enable a network of 72 organisations across the UK to provide advice and assistance to those at risk, such as young people, the elderly or isolated, and those without access to the technology needed to submit an application.

Applications to the EU Settlement Scheme are free of charge and can be submitted using a device such as a laptop or smartphone.

To assist those applying, Smith Stone Walters has created a handy video guide, which explains the application process step by step.

Support with applying to the EU Settlement Scheme

With just a few months remaining until the application deadline of 30 June 2021, Smith Stone Walters advises EU nationals living in the UK to apply as soon as possible.

If you have any questions on the EU Settlement Scheme or need some support with filing your application, our team of immigration experts would be delighted to help. To speak to an advisor, please contact us today.