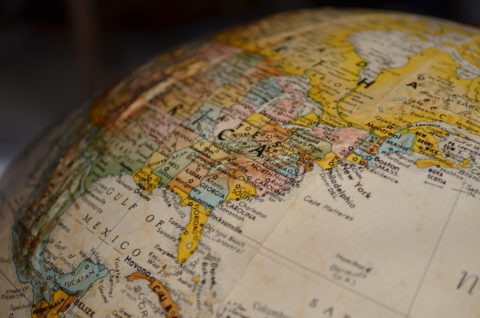 For the most part across the globe, immigration policy is set at the national level; a country lays out its immigration rules and they apply equally to each area or city within that country.

A subnational system has been widely overlooked by many states and one primary reason for this (outside of the increased administration) is the potential to circumnavigate the intentions of rule setters by entering through more flexible regions then continuing on to reside in other regions that may have stricter immigration entry requirements. The strengths of an internally borderless country can also be a weakness when it comes to enforcing immigration rules across regions.

However with the right to work, in the UK in particular, this cross-regional movement is less of an issue: a visa issued in one region would not be valid for use as the right to work in another. The aptly named ‘hostile environment’, perpetuated by recent UK governments, seeks to widen the policing of non-compliance and extends to the right to bank, rent, as well as work. From this perspective, yes a visa holder may well breach conditions, but in doing so they jeopardise their ability to bank, rent or work and thus practically it becomes a non-option.

The benefits of regional policies

The negatives aside, there are clear benefits of a system tailored to a smaller geographical area: salary, visa caps and job types permissible under certain categories can be congruent with the area itself, rather than a ‘national average’ for example. Such abilities to match policy and geography more closely are particularly pertinent across areas of great contrast. For example, does London have the same economic needs and background as the Highlands and Islands of Scotland? If not, then why should it have the same immigration policy? This comparison is all the more relevant in countries where wealth, culture and physical geography vary even more so. This view can of course be extended to facets such as culture, the cost of living and other more human aspects of immigration. None of these are homogenous on a national scale, so why should policy not reflect that?

Here we have barely scratched the surface of regional immigration systems. There are questions to be asked, such as how would a business with multiple sites across different regions in one country ensure compliance with policy, and should political decisions of this magnitude be made at a devolved level, regardless of their nature?

From an operational perspective, regional immigration models appear feasible – enforcement measures at current national level systems prevent abuse of rules and there is no reason why they couldn’t continue to do so at a regional level. There are of course considerations around how to police such systems, but these aren’t immovable barriers. Potential economic benefits are clear but to realise these, the political structure needs to be in place – something which is perhaps often the blockade to many changes in society, not just change in immigration.

Here at Smith Stone Walters, moving people across borders is our business. Our team of immigration experts are based in global offices in London, Hong Kong, New York and Mumbai, so wherever you are in the world, we are here to provide support.

To find out more about the global immigration services we can offer, please contact us today.