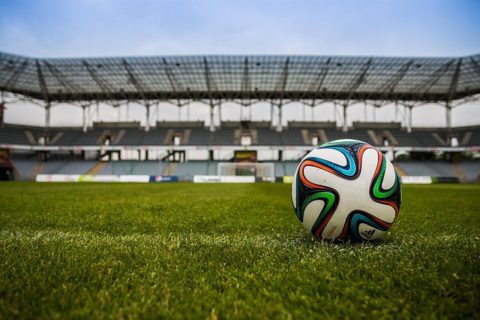 Which type of Schengen visa should I apply for?

What is a EU Blue Card?

In Home Office dialect, the term ‘Points-Based System’ holds sway. For almost twenty years, the term points-based immigration system has dictated the UK’s approach to its immigration policy. Points make prizes. The more points you gain the greater chance you have of the immigration department allowing you into this country.

So when the English Football Association (FA) needed to present the Home Office with a post-Brexit framework that their clubs would follow when signing overseas players, they stuck to the ‘winning formula’.

To determine which overseas players should be allowed to play in our top leagues they proposed the use of a points-based system which, as expected, gained the support of the Home Office.

How does it work?

The key part of the immigration process centres on the club acquiring a football Governing Body Endorsement (GBE) from The FA. The following criteria will apply for the remainder of the 2020/21 season:

A club may appeal to an exceptions panel to consider the application if the player achieves between 10 and 14 points and therefore falls short of the necessary threshold. A link to The FA’s regulations can be found here.

Calculating the points available based on the criteria requires some detailed analysis in terms of the player’s appearances, their current club’s performance and country’s status. We have set out below three hypothetical examples depicting how footballers playing in Europe and seeking a move to English clubs could earn points towards an endorsement from The FA:

Premier League side ABFC wish to sign a Maltese striker playing for SDFC in the German Bundesliga.

A total of 32 points has been scored in an application for a GBE which means they meet the qualifying criteria to make the application.

EFL Championship side MTFC wish to sign a French defender from SEFC in France’s Ligue 1.

A total of 24 points has been scored in an application for a GBE which means they meet the qualifying criteria to make the application.

EFL League 1 side PCFC wish to sign a Cypriot winger from CSFC in the Greek Super League.

Following the award of a GBE

Once The FA grants an application for a GBE to an overseas player, the club is permitted to assign a Certificate of Sponsorship to their new recruit. A visa application under the immigration rules can then be made to secure the player entry to the United Kingdom as a T2 Sportsperson (or Tier 5 Temporary Worker if the GBE is awarded for less than twelve months).

As signing players from the EU without restriction is no longer an option for our elite clubs, we advise clubs to review the number of certificates of sponsorship they currently possess and decide whether they hold a sufficient number for their recruitment of overseas players. They should also follow the rules and criteria set out by The FA to ensure no errors are made in making an application for endorsement during this month’s transfer window.

It just goes to show Brexit has impacted every home in the UK, including the home of football.