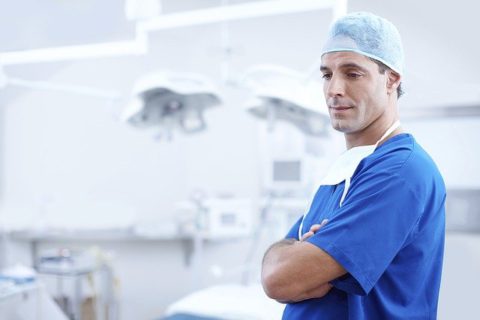 Medical organisations in the UK are urging the Home Office to scrap the current rule preventing overseas doctors bringing adult dependent relatives, such as elderly parents, to the UK so they can care for them.

The British Medical Association (BMA) has joined forces with other organisations representing the medical sector in the UK to call for changes to the immigration rules surrounding adult dependent relatives.

In a co-signed letter to the Home Secretary dated 13 January 2021, the medical bodies urged the Home Office to scrap the current rule preventing overseas doctors bringing adult dependent relatives, such as elderly parents, to the UK so they can care for them.

Medical leaders claim that the government’s restrictive rules on eligibility for this route are having an adverse effect on doctors’ mental wellbeing and the wider medical sector, with many considering leaving the UK to practice in other countries with a more lenient approach.

In an extract from the letter, the representatives said: “We urge you to change the current rules and make it possible for the elderly parents of doctors working in the UK to be granted Indefinite Leave to Remain and join their families in the UK. This has been achieved in the approach adopted by other countries such as Australia, New Zealand and Canada. This will give doctors working on the frontline the reassurance they need to stay working for the NHS whilst fulfilling their personal caring responsibilities to their elderly parents.”

What are the current rules for adult dependent relatives?

In 2012, the immigration rules surrounding adult dependent relatives were tightened considerably by the then Home Secretary Theresa May.

As a result of the reforms, foreign nationals may now only bring adult dependent relatives to join them in the UK if they can prove that their family member requires a level of long-term personal care that they are unable to obtain in their home country, either due to cost or availability.

In order to apply, the adult dependent relative must be able to prove all of the following:

One of the following must also apply to the relative in the UK:

The impact of the current rules

A Home Office review in 2016 showed a dramatic decline in applications to bring adult dependents to the UK following the rule changes. In 2012, there were around 2,325 applications made, yet this number had dropped to just 162 applications in 2016. This sharp drop in applications shows that the stricter eligibility criteria has prevented people from even trying to move their family members to the UK.

In the letter, the medical representatives point out that now the Brexit transition period is over, this restriction will impact even more doctors as EEA nationals are subject to the same rules. Furthermore, the ongoing COVID-19 pandemic means that the UK is reliant on the dedication and experience of NHS doctors now more than ever.

Following the outstanding contributions of overseas healthcare workers in the fight against Coronavirus, the Home Office has already made some adjustments to the immigration rules for NHS workers, such as free visa extensions.

It remains to be seen whether the government will make similar revisions or exemptions to the rules surrounding adult dependent relatives to afford greater flexibility for doctors balancing career and family responsibilities.

Furthermore, the BMA suggests changing the rules to allow elderly parents of doctors to be granted ILR. Allowing this would surely open the door for other professions in the healthcare sector such as nurses, paramedics and midwives. It is clear that the Home Office would need to decide where to draw the line before making any changes to the rules.

Get support with family immigration

If you need support with individual immigration or moving family members to the UK, Smith Stone Walters can help.

Our immigration consultants are experienced in helping clients and their dependents with applications for entry clearance, settlement and citizenship. To discuss your options, please call us on 0208 461 6660 or email info@smithstonewalters.com.