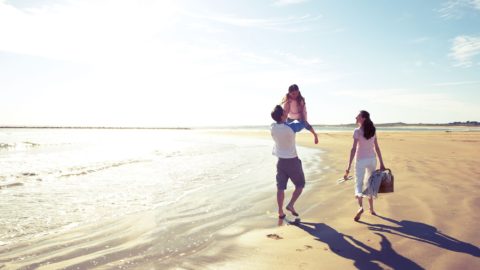 European nationals making an application for British citizenship may face greater difficulties when proving to the Home Office that they have been lawfully resident in the UK during their qualifying period.

Applying for British citizenship
as an EU national

Since launching fully on 30 March 2019, the EU Settlement Scheme (EUSS) has awarded ‘settled status’ to over two million EU nationals on the basis of their period of residency in the UK. Buoyed by receiving this approval, many resident EU citizens have started to contemplate taking the next step and applying for British citizenship.

When applying for British citizenship, individuals are required to prove they have been lawfully resident in the UK throughout their residential ‘qualifying period’ leading up to the date the citizenship application is submitted.

Having been awarded settled status, many EU nationals would logically assume their period of UK residence has already been deemed lawful by the Home Office. Unfortunately, this isn’t always the case.

The Home Office’s own internal policy guidance for consideration of naturalisation applications states that:

“An EEA or Swiss citizen or their family members who have a 5 years’ continuous qualifying period of residence in the UK and Islands when they apply to the EU Settlement Scheme will be eligible for settled status. However, this grant of settled status will not confirm that they were here lawfully under the EEA Regulations during that time. You may therefore need to request further information from the applicant to demonstrate this.”

Smith Stone Walters is increasingly seeing cases where European nationals are unaware of this requirement, or simply unable to provide sufficient evidence to satisfy the Home Office’s lawful residence criteria.

In this article, we discuss why some Europeans may face greater difficulties when applying for British citizenship, and take a look at some case studies where SSW consultants have helped clients to successfully naturalise as British citizens.

EU citizens living in the UK by 31 December 2020 are eligible to apply for settled status under the EU Settlement Scheme (EUSS), and have until 30 June 2021 to make an application.

In applying for this status, most EU nationals are not specifically required to evidence their period of UK residency.  Where applicants provide their National Insurance number, automated checks are run against HMRC and certain DWP records to establish their period of residence in the UK. Regrettably, this approach to determining EUSS applications does not apply to the consideration of British citizenship cases.

The Home Office will therefore not accept settled status alone as sufficient evidence of lawful residence in the preceding years. When the time comes to naturalise as a British citizen, many EU citizens are therefore required to evidence they resided in the UK as a ‘qualified person’.

Being A ‘Qualified Person’

Under Freedom of Movement laws, all EU nationals have held a right to reside in the UK for three months. After this time, they have the right to continue residing in the UK as long as they are a ‘qualified person’ exercising Treaty Rights in the UK. You are usually considered a Qualified Person if you have been:

CSI is a private health insurance policy that covers the holder in full when accessing medical treatment in the UK. It is a legal requirement for EU, EEA and Swiss citizens residing in the UK to have CSI in place if they are students or economically self-sufficient.

For these individuals, any period of time spent in the UK without CSI in place may be considered by the Home Office as a breach in their qualifying period of residence.

In direct contrast to the EUSS  application process, Europeans applying for British citizenship should therefore be prepared to prove they had CSI in place if they spent any of their qualifying period in the UK as a student or supporting themselves financially without being employed or self-employed.

SSW consultant Alastair recently helped a German national to successfully apply for British Citizenship, in a complex case where a lack of CSI was a potential barrier to success.

When the Brexit transitional period ends on 31 December 2020, Germany intends to limit dual nationality to countries that are also in the EU, unless an exemption applies such as individual acquiring another citizenship through birth. For this reason, the client was keen to submit her citizenship application as soon as possible.

At the time the client was referred to SSW, she had held settled status in the UK for a year and so was eligible to apply for citizenship. During an initial consultation call, Alastair advised the client about the lawful residence requirement and what this would mean for her citizenship application.

In order to meet the eligibility requirements for a citizenship application, the client would need to prove she was exercising a Treaty Right, or in other words, was lawfully resident in the UK for the five-year period leading up to her application.

Unfortunately in this case, where the client had been self-sufficient as a student in the UK, she did not hold CSI and could therefore be considered unlawfully resident in the eyes of the Home Office. However, the client’s husband has been self-employed throughout the client’s qualifying period. Alastair advised the client that she would be able to demonstrate lawful residence as the spouse of a person exercising Treaty Rights.

Alastair worked with the client to obtain proof of the relationship, such as their marriage certificate and documents demonstration cohabitation, alongside P60 documents to evidence the husband’s self-employment during the client’s qualifying period.

After submitting this evidence alongside the application and some persistence from Alastair to have the evidence accepted by the Home Office, an approval was granted three weeks later.

SSW consultant Anthony recently worked with a Cypriot national on a citizenship application which was made complicated due to the applicant breaching the continuous residency requirements.

The client initially came to the UK as a student in 2010 and lived here for five years. After this time, she spent a year studying overseas and returned to the UK in 2016 to start work. Due to her absences, she exceeded the number of absent days usually permitted by the Home Office.

In addition, as she spent some of her time in the UK as a student, she would need to demonstrate that she held CIS during this period.

In this case, Anthony was able to persuade the Home Office to exercise discretion and disregard the absences on the basis that his client has been resident in the UK for over seven years, and during her time as a student she had held the appropriate medical insurance and was able to support herself financially. We were also able to show that she had been employed in the UK and therefore met the test of being a Qualified Person up to the point that she obtained settled status.

This combination of evidence was deemed acceptable by the Home Office, and the citizenship application was approved. However, if the client had not been able to provide solid evidence in the form of CIS and maintenance, it is likely her application would have been refused.

Get support with your application for British citizenship

For EU nationals in particular, applying for British citizenship can be a complex process. If you intend to apply and need some advice or support, our immigration experts at Smith Stone Walters are here to help.

We have helped many European clients to successfully apply for naturalisation as a British citizen, and our dedicated advisors will work with you every step of the way to give you the best chance of success with your application.

For an initial discussion, please contact a member of the team today.