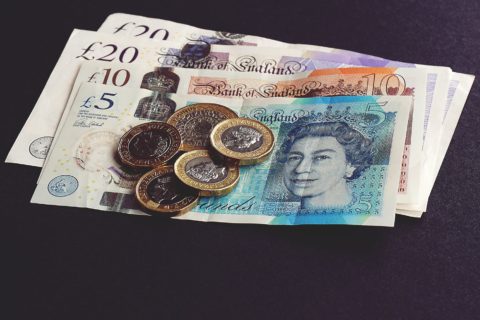 The Immigration Health Surcharge, which most migrants must pay in order to access NHS healthcare in the UK, is set to rise from 27 October.

A reduced fee of £470 per year will apply for students and their dependants, Youth Mobility visa holders and anyone under the age of 18. Previously, students and Youth Mobility visa holders were required to pay £300 per year, so this represents an increase of £170 for these categories. However, the discounted rate for under 18s is a new initiative and will be a welcome change for migrant workers coming to the UK with child dependants.

The controversial increase was originally intended to take effect from 1 October, but this draft order was later replaced by an amended order passed on 6 October. The increase will only come into effect 21 days after the order was filed, leading to the delayed introduction date of 27 October 2020.

What is the Immigration Health Surcharge?

The IHS is a fee which most migrants coming to the UK must pay in order to access free healthcare on the NHS for the duration of their stay.

The charge only applies to individuals with a visa that’s valid for six months or more, therefore those applying for a visit visa will not need to pay the IHS. Individuals applying for Indefinite Leave to Remain (ILR) or British citizenship are also exempt.

Since its introduction in 2015, the IHS has faced widespread criticism, often described as an ‘additional tax’ on migrants who are already paying some of the highest immigration fees in the world, and already help to fund the NHS through their employment taxes.

Following the overwhelming contribution migrant workers have made to the fight against Coronavirus in the UK, the government has been urged to scrap the IHS for frontline workers in the NHS and wider health and social care sector.

In response, the Home Office announced in July that those eligible to apply for the new Health and Care visa will not be required to pay the IHS, and neither will their dependants.

Frontline workers who are not eligible to apply for a Health and Care visa will still need to pay the IHS, but will be able to claim the money back via a new IHS reimbursement scheme. In order to qualify for the refund, you must have worked in an eligible health or care role for at least six months since 31 March 2020, working for an average of at least 16 hours per week. More information on the reimbursement scheme and applying for a refund can be found on the government website here.

Although it is usually down to the migrant worker to pay the IHS for themselves and any dependants, employers should be aware of how the increase may affect future overseas hires.

The new discount for under 18s will go some way towards reducing overall costs for migrant workers bringing families to the UK, however the changes mean skilled workers who are not eligible for discounted rates will need to consider how their immigration fees will stack up when applying for a three or five year skilled work visa.

Smith Stone Walters would encourage anyone planning on applying for a UK visa in the near future to submit their application before 27 October where possible, to avoid paying the higher cost for applications submitted after this date.

The IHS increase is just one of many changes set to be introduced to the UK’s Immigration Rules as the government prepares to implement its new points-based immigration system on 1 January 2021.

Employers and applicants alike should be aware of the upcoming changes to the UK’s immigration system and how they will be impacted.

Smith Stone Walters is on hand to offer advice and practical support for businesses and individuals in preparing for the changes and ensuring ongoing compliance. To speak to one of our immigration advisors, please call 020 8461 6660 or email info@smithstonewalters.com.