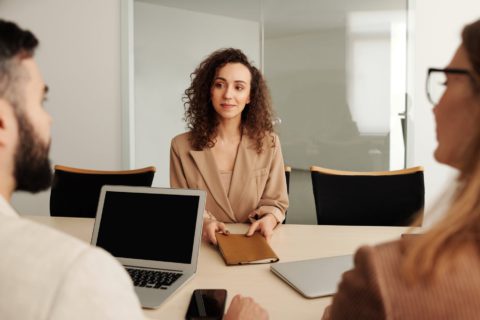 Before hiring any migrant worker, sponsors must be able to prove that the vacancy they seek to fill is a ‘genuine vacancy’, and meets the requirements of the Skilled Worker route.

What is a 'Genuine Vacancy'
under the Sponsor
Licence rules?

From 1 January 2021, any UK business wishing to hire skilled EU or non-EU workers under the new points-based immigration system must hold a valid sponsor licence. A sponsor licence is a permission given by the Home Office for an organisation to hire or ‘sponsor’ non-resident workers within its business.

The Home Office places a number of rules and obligations upon approved sponsors, known as ‘sponsor duties’. A business that fails to comply with its sponsor duties could risk having its sponsor licence revoked, downgraded or suspended.

A major part of your duties as a licensed sponsor is to comply with immigration law and support the Home Office’s aim to ensure those applying to work in the UK are eligible and will be working for a reputable employer with a genuine wish to sponsor them.

For this reason, before hiring any migrant worker, sponsors must be able to prove that the vacancy they seek to fill is a ‘genuine vacancy’, and meets the requirements of the Skilled Worker route.

The end of the RLMT requirement

Previously, employers looking to recruit an overseas national for a UK role via the Tier 2 (General) immigration route were required to complete a Resident Labour Market Test (RLMT). The purpose of this was to prove that the business was unable to fill the role with a candidate from the resident UK labour market.

Under the new Skilled Worker route, employers will no longer need to carry out a RLMT. This will cut end-to-end visa processing times by at least four weeks and streamline the overall sponsorship process, allowing businesses to bring in migrant workers on a shorter timescale.

However, sponsors must still be able to demonstrate they are offering a genuine vacancy which meets the skill and salary thresholds of the new route, and roles cannot be created solely to facilitate the entry of a specific migrant to the UK.

What constitutes a ‘genuine vacancy’?

According to the Home Office guidance for sponsors, a genuine vacancy is one which:

Employers may be required to provide additional information or evidence to prove the role meets the above requirements. The Home Office may consider a vacancy to be not genuine if:

Businesses sponsoring migrants under the Tier 2 (Intra-Company Transfer (ICT)) subcategory are also required to demonstrate the transferee is coming to the UK for a genuine vacancy.

In this instance, businesses may need to provide additional evidence of common ownership or a direct link between the UK business and the overseas entity from which the migrant will be sent, before the Home Office will accept that a genuine vacancy exists for the transferee in the UK.

Employers should be aware that, after a migrant gains visa approval and commences sponsored employment within the UK, the worker must continue to perform the tasks and duties of the role specified on the CoS, and those tasks should still align with the skill level of the role.

If your business undergoes a sponsor licence audit, UK Visas and Immigration (UKVI) officials may perform checks as part of the visit to ensure sponsored workers are employed in a genuine role that matches the information on the CoS.

Get support with the sponsorship process

If you are a business looking to apply for a sponsor licence, or an approved sponsor seeking immigration support, Smith Stone Walters can help.

Our team of immigration advisors help many businesses submit successful applications for a sponsor licence, and can offer advice and support with ongoing compliance.

For an initial consultation, please call us on 0208 461 6660 or email info@smithstonewalters.com.