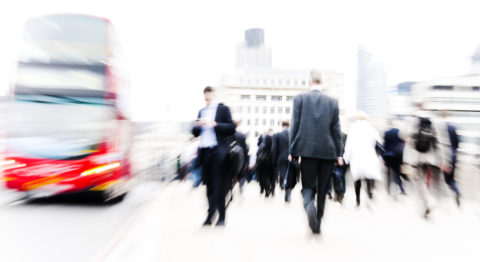 The latest update on the UK's new points-based immigration system claims new rules such as scrapping the RLMT requirement will allow businesses to bring in migrant workers on a shorter timescale.

Resident Labour Market Test
to be scrapped under
new rules

On 13 July, Home Secretary Priti Patel announced further details on how the UK’s new points-based immigration system will work in practice. The new rules, coming into force on 1 January 2021, will see EU and non-EU citizens treated equally, and all migrants coming to the UK to work will need to demonstrate they meet a specific set of requirements for which they will score points.

In a 130-page document outlining the principles of the system and future visa routes into the UK, the Home Secretary stated a commitment to delivering ‘radical changes’ to the sponsorship process, making it more streamlined and simple to use, and critically reducing the time it takes for businesses to bring in a migrant worker.

In a written statement to the House of Commons, Priti Patel said: “At a time where an increased number of people across the UK are looking for work, the new points-based system will encourage employers to invest in the domestic UK workforce, rather than simply relying on labour from abroad.

But we are also making necessary changes, so it is simpler for employers to attract the best and brightest from around the world to come to the UK to complement the skills we already have.

It will be simpler for businesses to access the talent they need as we have removed the Resident Labour Market Test, lowered the skills and salary threshold, and removed the cap on skilled workers.”

But with other potential delays to consider, how will these changes affect visa processing times in 2021?

Previously, employers looking to recruit an overseas national for a UK role via the Tier 2 (General) immigration route were required to complete a Resident Labour Market Test (RLMT). The purpose of this was to prove that the business was unable to fill the role with a candidate from the resident UK labour market.

Historically, the RLMT and associated advertising requirements have subjected employers to a complex and evidence-heavy process, so removing this step from the recruitment process will be a welcome change for many businesses.

With the RLMT requirement abolished under the new Skilled Worker route, this will cut end-to-end processing times by at least four weeks for employers sponsoring skilled workers.

However, sponsors must still be seeking to fill a genuine vacancy which complies with the skills and salary thresholds of the new Skilled Worker route, and roles cannot be created solely to facilitate the entry of a specific migrant into the UK.

In another move towards the aim of ‘streamlining and simplifying’ the sponsorship process and reducing processing times, the government will be suspending the current cap on Tier 2 (General) visas, meaning there will be no limit on the number of skilled workers who can come to the UK. This change alone will reduce end-to-end processing times by up to four weeks.

As a result of removing the Resident Labour Market Test (RLMT) requirement and suspending the cap, the time savings for employers could be initially reduced by up to eight weeks compared to the current process.

However, employers should be aware of other delays that are likely to occur which may counteract this time saving benefit. For example, businesses that are not already approved by the Home Office to sponsor overseas workers will need to apply for a sponsor licence ahead of recruiting migrant workers, a process which can take up to eight weeks in some cases.

Similarly, the Home Office will now need to deal with a significant increase in case numbers owing to the addition of EU cases, therefore longer visa processing times are to be expected as Home Office staff adjust to this increase in capacity.

Although these changes will help ease the administrative burden on sponsors, employers wishing to hire overseas nationals will still be required to pay the associated sponsor fees and comply with their sponsor duties to avoid costly disruptions to their business.

The upcoming changes represent a steep learning curve ahead for employers, applicants and Home Office staff as the UK adjusts to its new immigration system.

With the clock ticking down to January 2021, employers should be aware of how their future hiring practices will be impacted by the UK’s new points-based immigration system.

If your business is looking to secure a sponsor licence in preparation for 2021, or if you need advice on how to prepare for the changes, Smith Stone Walters is here to help. Contact our expert immigration consultants today.