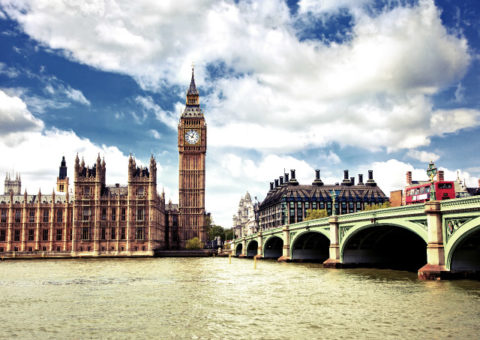 On 13 July, Home Secretary Priti Patel unveiled further details on the government’s plans for a new UK points based immigration system to be introduced from 1 January 2021.

Sponsor Licence processing times: How long you can expect to wait

On 13 July, Home Secretary Priti Patel unveiled further details on the government’s plans for a new UK points based immigration system to be introduced from 1 January 2021.

The Immigration and Social Security Co-ordination (EU Withdrawal) Bill is currently undergoing further Parliamentary scrutiny before being passed, however the latest update aims to give applicants and employers time to prepare for new immigration routes opening from autumn 2020.

The 130-page document lays out future visa routes and rules for EU and non-EU citizens coming to the UK to work, study and visit. Following the update, Smith Stone Walters will be producing a series of articles to guide employers and applicants through the impending changes.

In the meantime, we would like to highlight the following key principles of the new system outlined in the document, which employers should be aware of.

The Common Travel Area (CTA) is an open borders area consisting of the United Kingdom, Ireland, the Isle of Man and the Channel Islands. The further details document confirms there will be no change to journeys from within the CTA to the UK from 2021, meaning people can continue to travel within this area with no routine immigration controls in place.

Irish citizens will continue to benefit from their special immigration status and will be allowed to freely enter, live and work in the UK without requiring permission as they do now. There will also be no immigration controls on the Northern Ireland to Ireland border.

From January 2021, EU and non-EU citizens coming to live in the UK will need to demonstrate their right to be in the country and prove their entitlements via written confirmation of their immigration status, which all successful applicants will receive.

EU and non-EU citizens will be able to use an online service to demonstrate their right to work in the UK. This service, which has been in place since January 2019, enables employers to conduct right to work checks remotely and without the need for physical document checks.

Under the new rules, skilled workers and postgraduate students coming to the UK will have the right to bring dependents, as they do now. Dependents are classified as spouses, partners and children under the age of 18 at the point of entry.

Dependents will have access to the UK labour market and can work at any skill level, whilst school age dependents will be entitled to a state education, however dependents will still be required to pay the Immigration Health Surcharge.

In a move to support employers in retaining talented staff they have invested in, the new system will allow in-country switching for most migrants. This means they will be able to apply to move from one immigration route to another without having to leave the UK in between.

However, those wishing to switch will still need to meet the qualifying criteria and requirements of the route they are switching to, and will need to pay the associated fees for the application.

Migrants in the UK on short-term permissions such as visitors and seasonal workers will be unable to switch to a new route in the UK.

With the clock ticking down to January 2021, employers should be aware of how their future hiring practices will be impacted by the UK’s new points-based immigration system.

If your business needs assistance with applying for a sponsor licence or advice on how to prepare for the changes, Smith Stone Walters is here to help. Contact our expert immigration consultants today.