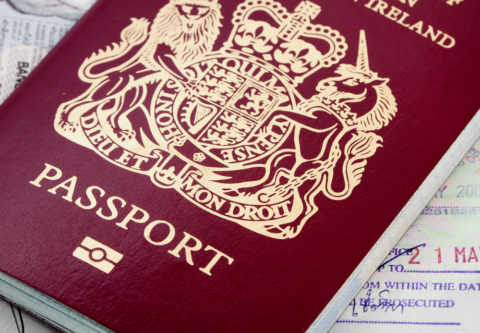 Following the introduction of China’s controversial new security law in Hong Kong, UK Prime Minister Boris Johnson has confirmed that up to three million Hong Kong residents will be offered the chance to settle in the UK and ultimately apply for citizenship.

Following the introduction of China’s controversial new security law in Hong Kong, UK Prime Minister Boris Johnson has confirmed that up to three million Hong Kong residents will be offered the chance to settle in the UK and ultimately apply for citizenship.

The PM described China’s new law as a ‘clear and serious breach’ of the 1985 Sino-British joint declaration which aimed to protect certain freedoms for Hong Kong residents following the handover to China in 1997.

Speaking in the House of Commons this week, Boris Johnson said: “We made clear that if China continued down this path we would introduce a new route for those with British National (Overseas) status to enter the UK, granting them limited leave to remain with the ability to live and work in the UK and thereafter to apply for citizenship. And that is precisely what we will do now.”

What is the proposed new route?

In a statement to Parliament on 1 July, Foreign Secretary Dominic Raab confirmed the UK will develop a bespoke new immigration route for British National (Overseas) citizens and their dependents.

Under the proposed new route, BNOs will be able to come to the UK without the current six month limit by applying for a five-year BNO visa. This will enable them to live, work and study in the UK for five years, after which they will be eligible to apply for indefinite leave to remain (ILR). One year after securing ILR, they will be able to make an application for British citizenship.

Home Secretary Priti Patel is expected to provide further details on the new route in due course, including the associated costs. In the meantime, BNO passport holders in Hong Kong will be able to travel to the UK immediately under standard immigration controls.

How to apply for a BNO passport

Hong Kong, a former British colony, was returned to Chinese control in 1997. In the ten years leading up to the handover, Hong Kong residents were entitled to apply for a newly created British National (Overseas) status. Successful applicants were then issued with a British passport displaying their BNO status.

It is not possible to apply for this status retrospectively, therefore anyone who missed the deadline for registration will be unable to obtain a BNO passport.

Currently, there are only around 350,000 BNO passports in circulation, although applications are expected to increase following the introduction of China’s new law. It is estimated that 2.9 million people hold BNO status, and are eligible to apply for a BNO passport.

Smith Stone Walters has put together a guide to applying for a BNO passport, including required documentation and what information you will need to provide on your online application form.

Get support with your BNO passport application

If you wish to secure a BNO passport and need some assistance with your application, Smith Stone Walters is here to help.

Our friendly and professional team at our Hong Kong office can manage the entire application process for you, and provide advice on the new bespoke UK immigration route.