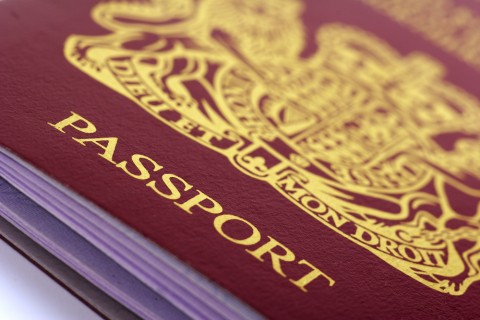 The UK government has announced that it would offer a ‘pathway to citizenship’ to British National (Overseas) passport holders in Hong Kong if China goes ahead with its plans to implement a controversial new security law in the territory.

On 28 May 2020, the UK government announced that it would offer a ‘pathway to citizenship’ to British National (Overseas) passport holders in Hong Kong if China goes ahead with its plans to implement a controversial new security law in the territory.

Prime Minister Boris Johnson labelled it one of the “biggest changes” to the British immigration system, stating a readiness to offer a right to live and work in the UK to any of the nearly three million Hong Kong citizens who are eligible for a British National (Overseas) passport.

In a letter addressed to the Prime Minister on 12 June 2020, Home Secretary Priti Patel outlined a proposal to offer BNOs and their family dependents in Hong Kong “a defined immigration route and clear pathway to citizenship”.

In the letter, the Home Secretary requests that the UK grants BNO passport holders leave to enter the UK outside of the Immigration Rules, until a pathway to citizenship is enacted.

Hong Kong, a former British colony, was returned to Chinese control in 1997. Prior to the handover, most Hong Kong residents would have had British Dependent Territories Citizenship (BDTC), a status which they lost upon the handover on 1 July 1997.

In the ten years leading up to the handover, Hong Kong residents were entitled to apply for a newly created British National (Overseas) status. Those eligible were not automatically registered, and were required to submit an application by the December 1997 deadline. Successful applicants were then issued with a British passport displaying their BNO status.

It is not possible to apply for this status retrospectively, therefore anyone who missed the deadline for registration will be unable to obtain a BNO passport. It is estimated that 2.9 million people hold BNO status, although only around 350,000 BNO passports are currently in circulation.

What rights do Hong Kong BNO passport holders have?

The BNO passport is essentially a travel document and does not grant the holder automatic rights to live and work in the UK.

However, the passport does give the holder the right to stay in the UK visa-free for six months, and entitles them to some consular assistance outside of Hong Kong and China.

Currently, the formation of the new BNO immigration route depends on the outcome of China’s new law.

If the law is imposed, the UK will open a new temporary visa route for BNOs and their dependents, extending their visa-free entry period from six months to 12 months. They will have the ability to work and study in the UK, with the possibility to extend their stay beyond the initial 12 months, and eventually settle here permanently. This, according to the government, might provide a pathway to citizenship.

If confirmed, the government has implied that this new immigration route would be open to all 2.9 million Hong Kong citizens with BNO status, whether they hold a BNO passport or not.

In practice however, the journey towards securing British citizenship under the proposed new route is not straightforward and may prove costly.

Under current immigration law, a BNO would need to have had ten years of continuous residency in the UK before being eligible to apply for indefinite leave to remain (ILR). Once ILR has been granted, they would then need to wait a further 12 months before registering as a British citizen.

The current proposal would require visa holders to continuously extend their 12 month periods of leave until the ten year continuous residency requirement has been reached. Considering the annual visa renewal fees for ten years, plus the Immigration Health Surcharge payable for each period, the cost for a BNO to obtain citizenship under this route are high. Added to this are the ILR and citizenship application fees, and the associated fees for any dependents.

For some families with multiple dependents, this 11 year ‘pathway to citizenship’ could be simply unobtainable.

Support with UK visas and immigration

If you are looking for advice and support with UK immigration, Smith Stone Walters would be delighted to help.

Our team of friendly and professional immigration advisers are based in global offices in Hong Kong, London, New York and Mumbai. We can offer up to date and practical advice in a wide range of immigration areas, and will support you through the entire process.