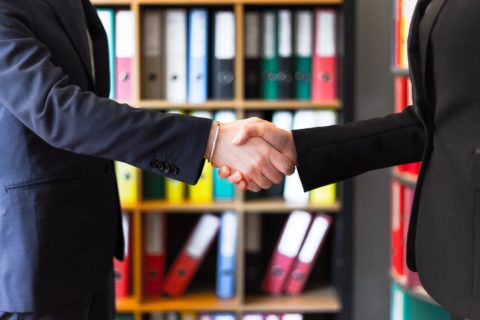 If a business holding a Tier 2 sponsor licence is involved in a merger or acquisition, they have a duty to report this change to the Home Office. In some cases, businesses will be required to apply for a new licence under the new company ownership.

The impact of Mergers and
Acquisitions on your
Sponsor Licence

Each year, many businesses undergo the complex transaction of a merger or acquisition, a process which will usually result in significant changes to the ownership and structure of the company.

Whilst such a major change will have far-reaching implications for any organisation and its workforce, many companies do not consider the impact mergers and acquisitions will have on their sponsor licence.

Any UK based organisation wishing to employ non-EEA workers under a Tier 2 skilled worker visa must hold a valid Tier 2 sponsor licence. However, the Home Office has strict rules in place for sponsor licence holders, requiring employers to report any changes that may affect the status of their licence.

Depending on the type of merger or acquisition undertaken by a company, the Tier 2 sponsor licence may automatically become void as a result of the change, and in some cases businesses will be required to reapply for a new licence under the new company ownership.

How should sponsors report Mergers and Acquisitions?

The Home Office’s Guidance for Sponsors outlines the types of mergers, takeovers or similar changes and what companies must do if they are involved in any of these transactions.

The guidance explains that companies must report changes via their Sponsorship Management System (SMS) within 20 days if they are involved in any of the following:

After filing the report, sponsors will be asked to supply documentation to support the change. The Home Office will take action against sponsors who fail to report such changes, which could result in any sponsored migrants having their leave curtailed.

Will my company need to apply for a new sponsor licence?

The guidance states that sponsor licences are not transferrable, and what will happen depends on the type of transaction. This means that in some cases, sponsor licences may be revoked or made dormant as a result of a change in ownership, and the new owners must then apply for a new licence.

If a company acquires new migrant workers as a result of a takeover or merger, it is their responsibility to ensure they are approved by the Home Office to take over the sponsorship of these employees.

Mergers and acquisitions can often trigger protection measures to ensure current employees can keep their jobs despite the change of company ownership. In the UK, employees may be protected under the Transfer of Undertakings (Protection of Employment) regulations, otherwise known as TUPE.

What happens if a business gains or loses employees under TUPE?

As a result of a merger or acquisition, businesses may lose or accept sponsored migrants whose employment is being transferred under TUPE arrangements, which will impact the status of the sponsor licence.

Where sponsored migrants move to a new employer following the change, the new employer will, from the date of the move, assume full responsibility as their new sponsor, and therefore must comply with the associated sponsor duties.

Companies accepting new migrant workers under TUPE arrangements must apply for a sponsor licence if they do not already have one, within 20 working days of the move taking place.

Conversely, companies that are taken over or merged with another organisation and lose sponsored migrants as a result of TUPE transfers may need to surrender their sponsor licence. Existing sponsors whose employees will be transferred to a new company must report this change using the SMS within 20 working days of the move.

If the existing sponsor no longer needs a sponsor licence as a result of the changes, the following options are available:

If the existing sponsor will still be employing migrant workers and needs to keep its sponsor licence, they should:

If your business is undergoing a structural change and you are unsure how this will affect your sponsor licence, Smith Stone Walters is here to provide advice and support your business through this significant change.

Our team of immigration experts are experienced in helping organisations manage all aspects of their Tier 2 sponsor licence, from initial application to renewals and reporting a change of circumstances.