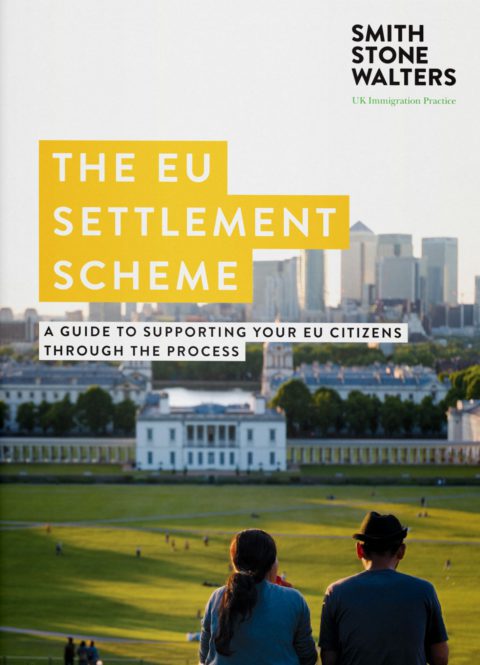 The EU Settlement Scheme (EUSS) enables resident EU, other EEA and Swiss citizens, and their family members, to obtain a UK immigration status.

EU Settlement Scheme
applications on the up!

Over three million four hundred thousand European nationals have now applied for the EU Settlement Scheme. That’s according to the latest Home Office figures, as at the end of March 2020.

The EU Settlement Scheme (EUSS) enables resident EU, other EEA and Swiss citizens, and their family members, to obtain a UK immigration status.

Of the 3,468,700 applications received to date, over 3.1 million (3,147,000) cases have been considered and concluded by the Home Office. Over 300,000 applications therefore remained under consideration, or pending, at the time the latest statistics were released.

Polish and Romanian nationals continue to have made the highest number of settlement scheme applications so far – 665,500 and 564,300 respectively. This combined total represents over one third of all EU Settlement Scheme applications received to date.

An additional 30% of EU Settlement applications received to date have been submitted by Italian, Portuguese and Spanish nationals.

Information on COVID-19 for EU nationals seeking to apply

Due to coronavirus, many independent organisations supporting people to apply under the EU Settlement Scheme have had to cancel their face-to-face outreach activities. Some organisations are seeking to provide support in other ways, in line with social distancing guidance, for example via telephone and online. Further information on the level of support available can be found here.

The Home Office’s own support services and application routes have also temporarily changed. For example, its EU Settlement Resolution Centre telephone lines are currently closed. However, the centre will continue to respond to email enquiries.

We are here to help. Smith Stone Walters has produced a short video that explains how to apply to the EU Settlement Scheme. If you, or your EU staff, need our assistance, contact one of our dedicated advisers today.