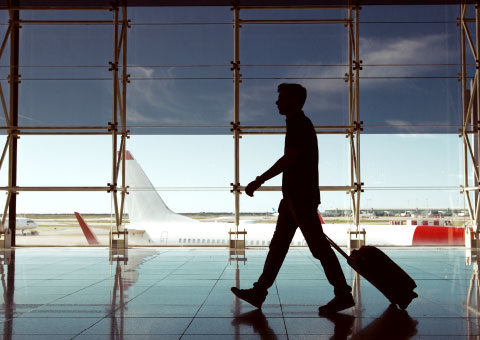 It is easy to forget that the automatic right to live and work in the EU ceases after the transition period.

Will you be residing in
Europe by 31 December?

With the United Kingdom’s formal departure from the EU now confirmed, many individuals are beginning to ask what steps they need to take to maintain their right of residence in another European country.

The UK’s approach has been well documented. Its EU Settlement Scheme was formally launched on 30 March 2019 to allow those European nationals currently resident in the UK under EU law to obtain a status under the UK’s Immigration Rules. To date, over three million nationals have applied to the scheme which will be open to applications until at least 30 June 2021.

Whilst the UK’s scheme has had its issues and is not to everyone’s liking, it does at least provide a clear and consistent approach for EU nationals to take in order to register their continued right to reside in the United Kingdom. For those UK citizens moving in the other direction and seeking to reside in mainland Europe, they are being asked to jump through similar hoops.

The UK government has three separate agreements with the 31 European countries that accept freedom of movement. Each agreement provides protection for British citizens living or moving to Europe until the end of the transition period which is expected to be 31 December 2020.

British citizens currently living in the EU, or who move there during the transition period, will need to apply for residence status in the country they are residing in. They too will have until at least 30 June 2021 to apply.

The exact terms and procedures of registering for residency status varies between EU countries. To add to the confusion, some European countries have still not formally communicated the procedure British nationals must undertake in order to remain resident on the continent.

In an effort to assist UK citizens to make sense of it all, the gov.uk website has therefore started to promote official information for UK nationals moving to or living in EU countries.

By way of example, a link to the current advice offered to those UK nationals seeking to reside in Spain can be found here and includes potted guidance on residency, healthcare, passports and the Withdrawal Agreement. It also details ways in which citizens can stay up to date on developments such as attending one of the citizen outreach events held regularly across Spain for UK nationals.

It is important to remember there will be no change in residency rules or registration procedures for those arriving in a EU state before or on 31 December 2020. Equally, if you are are already resident in a European country before or on 31 December 2020, you will be able to remain and your rights will be protected for as long as you remain resident.

With the deadline still months away, the stark reality of imposing such an all-encompassing deadline is somewhat masked.  It is easy to forget that the automatic right to live and work in the EU ceases after the transition period.

The decision as to whether a person can reside and work within the UK or mainland Europe could literally come down to whether they arrived in a particular country on the evening of the 31 December 2020 or a few hours into the new year, perhaps as a result of an unforeseen flight delay.

For those British nationals looking to work in Europe after 31 December 2020, they will need to formally apply in accordance with the country’s individual immigration rules ahead of packing their bags.

Likewise, those employers intending to transfer UK staff to an EU country will also need to be primed to either embrace the EU’s new immigration landscape from 1 January or ensure their UK employees commence their EU based assignments on or before 31 December 2020.

A decision to delay an employee’s transfer from London to Paris until January 2021 will most likely result in the assignee needing to apply to the French authorities for employment approval ahead of the move.

Whilst your business may not choose to look that far ahead just yet, Brexit means that you and your employees will soon have little choice in the matter. Brace yourselves for change…it is coming.

For support and guidance in relocating staff to the UK and Europe now and post-Brexit, speak to one of the team at Smith Stone Walters.