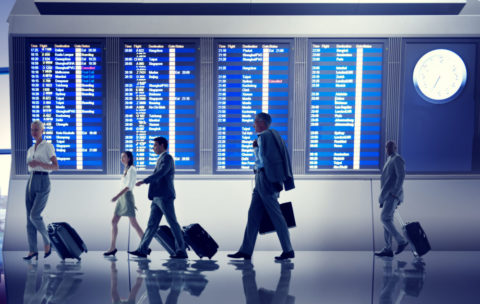 More than half of UK employers 'don't know anything' about the policies after 2021, according to a new report.

More than half of UK employers ‘don’t know anything’ about immigration arrangements after Brexit, according to a new report.

The Chartered Institute of Personnel and Development (CIPD) interviewed more than 2,000 employers across the UK. Its aim was to examine what impact the government White Paper on immigration after 2021 has already had on recruitment strategies. Close to 60% who responded said they feel unprepared and ‘don’t know anything’ , while only seven per cent said they ‘know a lot’.

‘Very few employers are ready for the end of Free Movement and restrictions on immigration in just over a year.

‘Worse still, many seem both daunted and alarmed by the range of restrictions planned and the costs they are likely to incur.

‘Even if they can access the talent they need, there are concerns they may not be able to afford it.

‘In response the planned introduction of migration restrictions must be phased in to offset the risk of a labour supply shock and to avoid harming UK competitiveness.

‘With so few employers ready we need a safety buffer to give them more time to adjust.

We need a set of workable policies that apply across all sectors that are simple, low cost, fair and user friendly for both employers and non-UK citizens.’

The CIPD has produced its own report, A Practical Immigration System for Post-Brexit Britain. It proposes a series of alternative ideas that could solve problems that have been identified by employers and CIPD members. They include:

1 A two-year mobility scheme for all EU citizens

This would amalgamate the various visa schemes that have been proposed or are currently available (Youth Mobility Scheme for 18-30 year olds, the temporary 12-month visa, the seasonal worker route), simplify the system and reduce administrative costs.

This change would ensure that everyone from the EU could come to the UK to study or work without having a job offer, irrespective of age.

There are many vacancies in healthcare and social work sectors that historically are filled byEU nationals, but these jobs don’t pay well. The CIPD suggests imposing a lower salary threshold for occupations currently in shortage. These should become the default salary for that job, to allow employers to reach the labour they need.

The CIPD believes that maintain both a salary and a skill threshold in order to recruit EU nationals is unnecessary. Again, lowering the thresholds would encourage migrants to apply for jobs that are in deficit and help employers to fill vital gaps without having to raise wages.

Acquiring a sponsorship licence and paying a skills surcharge are just some of the costs incurred by an employer of migrant workers. The CIPD support initiatives to consider a tiered system, or even a ‘self-service’ process, where organisations within sectors deal with compliance duties, rather than making it the sole responsibility of each employer.

Smith Stone Walters: we are here to help

If you would like more information in relation to the government’s future plans for UK immigration, please contact us at SSW. We are experts in UK immigration law.