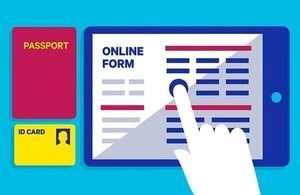 Latest figures show that 1.5 million UK residents from the EU have so far registered their immigration status.

More than 1.5 million European nationals currently living in the UK are estimated to have applied for the EU Settlement Scheme. That’s according to the latest Home Office figures, which are taken until the end of August 2019.

There are an estimated three million EU citizens currently living here, which means that 1.5 million have still yet to apply.

The highest number of applications came from people originally from Poland, with more than double the number received in July (60,000 applications in August). Poles make up the largest European residents in the UK, followed by Romanians and Italians.

During the month of August, almost 300,000 people applied, with marked increases seen in Scotland, Wales and Northern Ireland. That’s the equivalent of a town the size of Strabane or Abergavenny applying every single working day. Approximately 66,700 applications were also received from eligible non-EEA nationals.

Brandon Lewis, Minister of State for the Home Office said:

‘We’ve been crystal clear – EU citizens are our friends and neighbours, and we want them to stay in the UK. I am delighted that over 1.5 million people have already applied.

‘The EU Settlement Scheme is designed to make it straightforward for EU citizens and their family members to stay after the UK leaves the EU.

‘To apply they only need to complete three key steps – prove their identity, show that they live in the UK and declare any criminal convictions.’

Whether or not there is a Brexit Deal, EU citizens and their family members will have until at least 31 December 2020 to apply.

*Percentages may not add up to 100% due to rounding. These figures are considered ‘experimental’ rather than official statistics.