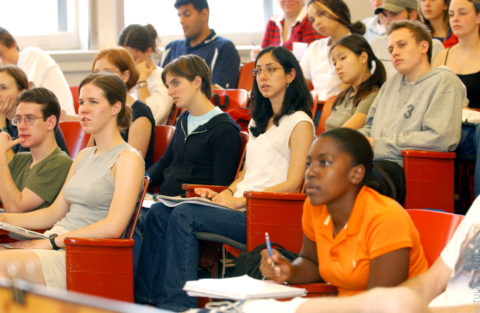 The government has reversed Theresa May's policy, in order to encourage overseas students to work in the UK post-study and contribute to our economy.

Overseas students will be allowed to continue to live in the UK for up to two years after their graduation in order to find a job and work.

The new Home Office decision reverses the decision made by Theresa May in 2012 when she was Home Secretary to abolish the post-study worker route. She changed the law to ensure that overseas students didn’t stay for any longer than four months after finishing their UK degree.

Our latest Prime Minister said the change would see students ‘unlock their potential’ for the continued benefit of the UK.

More than 450,000 international students come to the UK each year as undergraduates. They contribute greatly to the UK economy. Educational institutions and surrounding areas receive an estimated £62 billion in rental, course and retail contributions.

In most cases their inflated fees (foreign undergrads can pay as much as £35,000 in course fees) subsidise those of domestic students (capped at £9,250).

Sajid Javid tweeted that the government ‘should have reversed this silly policy years ago,’ drawing comments that he had the power to change this rule himself during his recent tenure as Home Secretary.

The Chief Executive of Universities UK, Alistair Jarvis, also welcomed the news, saying that the UK had previously been at a ‘competitive disadvantage’. He continued:

‘The introduction of a two-year post-study work visa is something Universities UK has long campaigned for and we strongly welcome this policy change.

‘This will put us back where we belong as a first-choice study destination.

‘Not only will a wide range of employers now benefit from access to talented graduates from around the world, these students hold lifelong links with the UK.’

The actual date of implementation of this scheme has yet to be confirmed but presumably those students starting in September 2020 will benefit.

It is just a shame this announcement comes just two days after the latest Statement of Changes to the Immigration Rules were published.