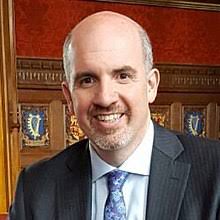 In his latest article, Thom Brooks, an academic expert on migration, believes that the flaws in UK immigration policy have been kept out of the headlines in favour of Brexit and the search for the new Prime Minister. But his list of 15 concerns will not go away without ‘urgent, necessary, root-and-branch reform.’ Below, we highlight a few of his observations.

The hostile environment was created to deter illegal migrants. Everyone from overseas who wanted to open a bank account, get a driving licence or privately rent was subject to stringent checks. But instead, its heavy-handed use led to last year’s Windrush scandal when people were wrongly threatened with deportation.

The UKVI is self-funded by its fees and earns more than it costs to run.

More than half of all appeals (60%) are lost or overturned. This is an administrative failing as well as an efficiency nightmare. There are insufficient records to show how much money is returned in compensation or reimbursement.

The compulsory £400 that each immigrant must pay (even those who can access private medical insurance) does not follow that person to cover their NHS treatment.

‘This is further evidence that the surcharge is about plugging non-migration-related spending gaps rather than NHS costs,’ said Afzal Khan, shadow immigration spokesman.

Detained migrants are paid £1 per hour

In the past two and a half years, more than two million hours were worked at much less than the minimum wage. Making people work in an immigration removal centre is exploitative, believes Brooks.

More than two million would-be residents have taken this test, although most British-born citizens would find it hard to complete it successfully. With questions like ‘What did the Chartists campaign for?’ and ‘Which of these are British Overseas territories?’, Brooks has described it as ‘a bad pub quiz’.

How Smith Stone Walters can help

While we may not make the laws, we are able to keep you informed of any potential changes. We are committed to assessing new and proposed regulations on your behalf and advising you on any consequences. Furthermore, by building a strong coalition with your company, we are able to develop effective strategies and tactics to serve your best interests.