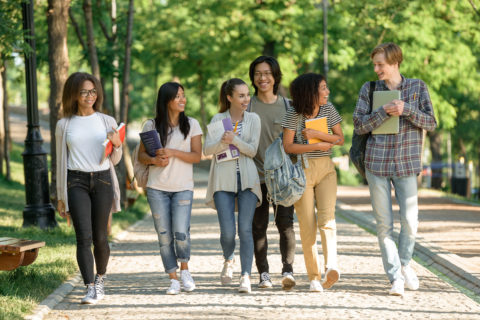 ‘It makes no sense to send some of the brightest and most enterprising people in the world straight home after their time here,' says Sajid Javid.

International students should
stay in the UK for longer,
says Home Secretary

The Home Secretary has promised a more ‘flexible, sensible’ attitude towards immigration and has said he wants to see more international students coming to this country and remaining here to work after they graduate.

Sajid Javid wrote in the FT on Friday that he wants to change the rule that prevents foreign graduates from staying for no longer than six months. He said:

‘It makes no sense to send some of the brightest and most enterprising people in the world straight home after their time here.

‘If they’re coming here, studying in our great universities, if they want to work afterwards we should make it easier for them to stay and work, and not say, you’ve got to go back home, just for the sake of it.

‘We need a more positive attitude to this. I think the country would welcome this.’

International graduates are currently allowed to stay and work for up to three years in the US and Canada and up to four years in Australia.

Foreign students contribute greatly to the UK economy, generating income for the local economy around the university and surrounding towns in the form of rents for landlords or retail spend. As they can pay as much as £35,000 for an undergrad degree, they also partly subsidise domestic student fees, which are capped at £9,250.

The Home Secretary’s comments were welcomed by Tory MP Jo Johnson, the former universities minister, who is seeking to amend the Immigration Bill to change the six-month limit back to its previous timeline of two years. Johnson tweeted that this was ‘a real win for UK soft power.’

Javid has already tried to shelve the term ‘hostile environment’ for migrants and replace it with ‘compliance’. He has also pledged to scrap the annual immigration cap of ‘tens of thousands’ which was implemented eight years ago when Theresa May was Home Secretary but has never been achieved.

‘I would not have the target. It’s nonsense to set a target that you’re never going to meet.

‘Also it should be led by what you think the country needs, and that changes over time as well.’