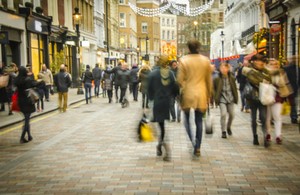 Sajid Javid reassured EU citizens:
'We want you to stay regardless of whether the UK leaves the EU with or without a deal.'

Sajid Javid released a statement yesterday, after the first few days that the EU Settlement Scheme was fully launched to the public.

‘To over 3.5 million EU citizens who have made the UK their home: you are our friends, our neighbours and our colleagues, and our country is all the better for it.

While our future relationship with the EU is uncertain and I understand the anxiety this may cause, I want you to know how much we want you to stay regardless of whether the UK leaves the EU with or without a deal.’

The Home Secretary reported that more than 50,000 Settlement Scheme applications were made last Saturday and Sunday. Together with the test phases of the Scheme, this brings the total of those who have already registered their immigration status to over 280,000. That is eight per cent of the estimated number of people from the EEA, EU and Switzerland who must apply if they wish to remain living and working in the UK after Brexit.

Despite reported teething problems on Saturday, Javid stressed the simplicity of the Scheme. Applications can now be made by post, and assistance for those who do not have access to, or are not confident using computers will be given at specific locations across the country.

The most popular method of application, the phone app, currently only works on Android devices. However Javid promised that the ID Document Check app will be available on iPhones (used by 50 percent of the UK population) by the end of the year.

‘Let me be clear, we are looking for reasons to grant people status and we want everyone to get the status they are eligible to receive.’