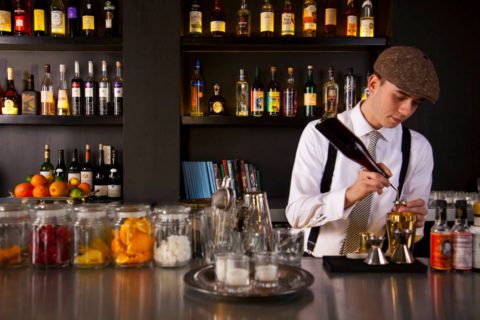 Young & Co Brewery says European nationals make up a third of its total workforce, while at Heathrow it's a fifth of all employees.

Pub chains, airports and hospitals have now joined several universities in offering to pay the Settlement Scheme charges for their EU national employees next year.

Everyone from the EU and their dependants who continue to live and work in the UK after Brexit will need to apply. The compulsory fee is £65 per adult, and £32.50 per child to register their immigration status as either settled (through five years UK residence) or pre-settled.

More than a third of Young & Co Brewery’s total workforce – 1,800 people – are EU nationals. Along with other businesses in the hospitality sector, they are adding this financial help to their employer offerings. They already hold weekly sessions to help staff complete paperwork and include English language lessons in their training.

‘We want to try to make up for the awful hostility towards our colleagues and immigration from some certain politicians. The service sector is so reliant on these people.’

One fifth of all workers at Heathrow airport are EU nationals, and one in 15 at Stansted and Manchester. They include security guards, car park attendants and catering staff, as well as some in managerial positions. It’s expected that the total revenue the airports will have to pay the Home Office is over £125,000.

Oxford University Hospitals have also agreed to pay the fee for 10 per cent of their workforce. They employ 1,500 people from the EU and are typical of the NHS in general which is very reliant on EU nationals. Some NHS trusts may feel they have no choice but to allocate some of their already stretched budget towards paying the Settlement Scheme charges.

‘If you’re a hospital and you’re about to lose half your nurses, you can’t afford not to act’, commented Ian Brinkley, of HR association the Chartered Institute of Personnel and Development.

Brinkley believes that these businesses feel the need to reassure EU nationals that they will be welcomed in the UK after Brexit.

‘It is a way for companies to address a general anxiety among employees about whether they’re wanted in Britain. It says we value you and want you to stay.

‘With near full employment in the UK, it’s not very easy to replace staff, and there just aren’t the British natives willing to step into these posts,’ he added.

This move comes after several universities including Brunel, City, Cambridge, Durham and Edinburgh have also offered to pay for the Settlement Scheme charge for its EU staff.

Smith Stone Walters’ Brexit Immigration Service grants employers the knowledge and confidence to move forward. It will also reassure your EU workforce, giving your employees clarity in the face of uncertainty whilst letting them know that you are on their side.

Please contact us here for more information on the Brexit presentations we can deliver to your EU employees.