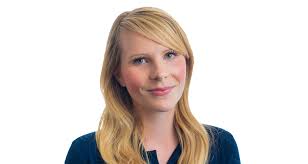 'These findings should be a wake-up call to the traditional parties that they have utterly lost control of the narrative on immigration':
Sophia Gaston, Director of the Centre for Social and Political Risk

Majority of British people
believe immigration policies
have been a 'conspiracy'

More than half of British adults believe that successive governments have been hiding the real cost of immigration and has been deliberately trying to make British society more ethnically diverse through their immigration policies.

The poll was conducted for a new report called ‘Out of the Shadows: Conspiracy Thinking on Immigration’.

Nearly 60 per cent of those surveyed believed that people who have spoken out about immigration in the media and politics have been treated unfairly.

While the majority of those who felt cheated identified as voting Leave in the Brexit referendum, 40 per cent said they voted Remain and 49 per cent were Labour voters.

The report also found that this ‘conspiracy of silence’ coincided with the public losing trust in governments and institutions, after feeling that their anxieties were being ignored or disregarded. This in turn has led to a disenchantment with mainstream institutions and political parties and a rise in fringe movements.

The report’s author, Sophia Gaston (pictured), Director of the Centre for Social and Political Risk at the Henry Jackson Society commented:

‘Given the out-sized role that immigration has played in our political life over recent years, these findings may not come as a surprise – but they should shock us profoundly.

‘They reveal a fundamental strain on the political contract – that citizens no longer consider their own governments to act honestly or in the public interest on this most sensitive of issues.

‘It is not impossible for democracies to function effectively with diverse populations, nor to unite such electorates around a common purpose. It is, however, extremely difficult to govern when social competition, resentment and fear preoccupies citizens, and when they lose faith in the independence and transparency of their institutions.’

‘The proliferation of conspiracy theories poses genuine risks to our societies, and these findings should be a wake-up call to the traditional parties that they have utterly lost control of the narrative on immigration. Without a clear step-change, they will continue to cede ground to those who seek only to divide us.’