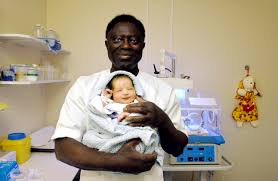 Immigration fees have been rising since 2011, but the latest increase will particularly affect NHS workers, claims the Royal College of Nursing.

Rise in immigration health
surcharge could trigger
crisis at Christmas

The onset of Winter is always a difficult time for the NHS, as an already overburdened system struggles to cope with an increase in patients needing treatment for flu or injuries in bad weather.

The news that the government has agreed to double the immigration health surcharge (IHS) will be particularly upsetting for the thousands of non-British workers within the National Health Service.

One in every eight staff members is not British-born. They, like every non-EU migrant, must pay the compulsory IHS fee (currently £200, soon to be £400) before they are allowed into this country to work.

The Royal College of Nursing (RCN) has called for the fee to be completely scrapped for overseas nursing staff and their dependants. The RCN hopes the bill will be defeated in the Lords next week.

In a statement, the RCN said:

‘The immigration health surcharge not only imposes an enormous personal cost on hardworking nurses and health care assistants, but risks driving away overseas staff at a time we need them most.’

The RCN confirmed that the number of  foreign nurses leaving their profession or deciding not to join the NHS is rising. The latest reports show a countrywide deficit of more than 40,000 vacancies for  nurses and 12,000 for doctors.

They also noted that the majority of migrants who had to pay the surcharge already paid income and other taxes, so they already contribute twice to receive healthcare ‘free at the point of use’.

Critics of the charge include the Scottish National Party and the Shadow Immigration Minister, Afzal Khan, who commented:

‘The answer is not to exempt nurses from the charge, but to increase their pay.’

The beleaguered Immigration Minister Caroline Nokes justified the IHS rise because the ‘NHS is a national, not international health service’.

She said that the IHS has already raised more than £600M for the NHS in three years, and it is hoped that it will bring in a further £220M. That is the equivalent of paying the salaries of 4,000 more nurses in England.

The Minister also said she could not rule out the option to charge EU workers the IHS after Brexit.

In general, fees for immigration services have been rising sharply above their actual cost since 2011. The seven-year increases have been called ‘a shambles’ and ‘obscene’ by opposition MPs and those affected, who claim they have had to choose between paying charges or their rent.

At a time when a fifth of NHS hospitals are failing to meet patient treatment targets, and uncertainty over immigration status after Brexit, the doubling of the IHS could, according to one report, be the ‘final blow to our NHS that knocks it to its knees’.

Smith Stone Walters has the expertise and experience to support you through every aspect of your immigration journey. To learn more about our services, please contact our team today.