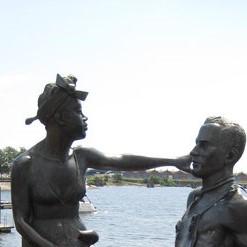 Poorly made decisions 'destroy lives' and are overturned only after bad publicity, claims immigrants advocate.

UK immigration system is
'broken' and run like a
'popularity contest'

In the week when it launches its new immigration visa and citizenship service nationwide, the Home Office has been accused of running a ‘broken’ system which operates like a ‘popularity contest’.

Chai Patel, legal and policy director at the Joint Council for the Welfare of Immigrants said that he was concerned that ‘unfair decisions’ were being made routinely, only to be corrected simply because of the bad publicity they received.

The Independent, for instance, reported on a couple of wrongly handled cases earlier this year. After they became high-profile, they were overturned within hours of publication.

‘It shows how little faith or consideration immigration officials have in their own decision-making that they’re willing to reverse them in a matter of hours, minutes sometimes, of them getting a bit of bad publicity.

‘It’s seriously concerning that instead of having proper processes, we now have a popularity contest where, if you can get enough people to shout about your case, the Home Office will just change its mind.’

The current situation, according to Mr Patel, is that applicants are ‘almost as a matter of course given entirely unfair decisions that will destroy their lives, until they’re lucky enough to get them turned around.’ This situation in turn penalises those who are understandably unwilling to forego their privacy and reveal their personal circumstances.

‘Many will never get their case in the press because it’s too sensitive, or they don’t have the contacts or the lawyers to get in touch with journalists and they don’t have communities building campaign groups around them,’  he added.

Patel believes that the government department, already under stress, will buckle as it attempts to register the 3.8 million EU citizens who wish to continue to live and work in this country after Brexit.

The EU Settlement Scheme aims to process an average of five thousand applications a day between now and the end of June 2021.

‘The Home Office can’t function with the number of applications made currently. It’s going to get a lot worse when the government has to develop an immigration system that includes EU nationals as well.

‘Whatever happens, the pressure on the Home Office both in terms of future migration and dealing with the people here already is going to be huge.

‘To prevent disaster they need to completely reform every part of the immigration system, because currently it is completely broken.’

‘Since his first day in office, the Home Secretary has made it clear that he wants a different approach to the immigration system which provides control, but is fair and humane.

‘If evidence about a case comes to light then it will be considered by caseworkers, but solely because a case is covered in the media does not mean it will receive a favourable decision.’