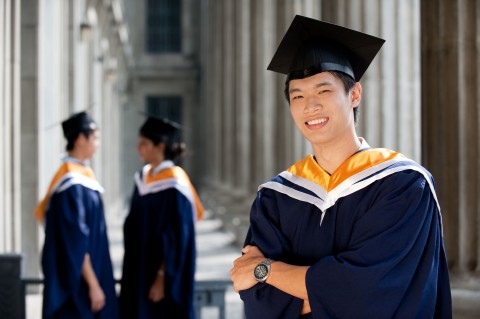 Is the UK
losing the race
for global talent?

Britain’s universities and higher education institutions are among the best in the world and consequently attract thousands of international students each year. These bright minds contribute more than £10 billion a year to our economy and support the UK’s capacity to shape the world’s future.

International students wishing to study and then work in the UK were previously supported by the Tier 1 Post-Study Work route (Tier 1 PSW) which was introduced in 2008 and allowed foreign UK graduates to apply to remain in the UK for a two-year period in order to seek UK employment. The route was named as one of the most attractive staying schemes in the world and was intended to boost the economy by enabling these graduates to stay in the UK and increase the attraction of the UK as a higher education destination.

Despite pleas from leading academics to leave the migrant student community out of its calculations, the Tier 1 PSW route was closed in 2012 by a government intent upon reducing immigration figures to the tens of thousands.

The UK is now beginning to face the demographic fall-out of this decision and the All-Party Parliamentary Group (APPG) has recently produced a report warning that the UK is losing its crucial foothold in the international student market as a direct result of this closure.

The report reveals that, for the year following the closure of the Tier 1 PSW route, the number of non-EEA nationals coming to the UK to study dropped for the first time from 302,685 to 299,970. Since then, many universities have struggled to sustain the intake of international students which they previously attracted and UK businesses have reported increasing difficulties in recruiting from a diminishing pool of international students.

In 2014, the UK remained the second most popular destination in the world, bested only by the US, but our market share is slipping. The cross-party group of MPs and Peers is calling on the government to open a new route which would allow international students to work in the UK following their graduation.

In stark contrast to the UK’s current approach, the US, Australia and Canada are all implementing ambitious growth strategies aimed at growing their international student intake.

Unless the government is prepared to pump fresh energy into attracting more international students to the UK, it may fall so far behind in the global race for these economically valuable minds that there will be no turning back.

Tier 4 students face the fallout when a licence is revoked