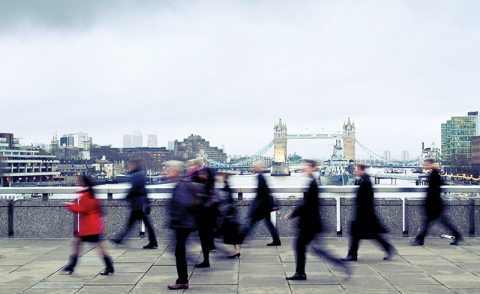 The latest employment figures have been released by the Office for National Statistics (ONS) and reveal that UK employment rose by 103,000 workers between October – December 2014.

Part of this rise is due to a recent increase in Romanian and Bulgarian migrant workers choosing to come to the UK to live and work. Records show that, during the final quarter of 2014, there were 172,000 people from the two eastern European countries working in the UK, which is an increase of 22,000 when compared to the same period in 2013.

Despite this increase in EU2 nationals working in the UK, however, unemployment in the UK has in fact decreased by 97,000 since the previous quarter and by 486,000 in total from the previous year.

In contrast to mainstream headlines, the influx of EU2 migrant workers is being praised by various parties, including Dr Isabella Moore CBE, of the Association of Translation Companies. Economic migrants now make up 40% of the UK’s working population and Dr Moore is of the opinion that eastern European migrant workers provide the UK with an essential pool of foreign language talent. This is an area in which the UK faces an extreme shortage despite foreign language skills playing an integral role in increasing the country’s export potential and fortifying the economy.

This lack of foreign language skills is estimated to cost the UK around three per cent of its annual GDP and according to Dr Moore, without the support of a foreign workforce it would struggle to sustain its export industry altogether.

In a report by University College London economists, it was revealed last year that the UK had gained 20 billion pounds from European migrants between 2000 and 2011 and that, on average, foreign arrivals are better educated than the UK-born workforce. Thanks to the report, it has also become better known that European migrants are on average less likely to receive state benefits than people native to the UK, helping therefore to relieve the fiscal burden on UK-born workers and contributing to the financing of public services.

EU2 migrants – where are they?