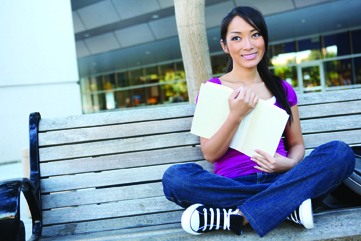 Tier 4 Students
– What happens
when your college
has its licence
revoked?

It is well documented that those UK universities and colleges seeking to recruit students from outside the European Economic Area under the immigration Points Based System must hold a valid Tier 4 sponsor licence.

Acquiring and retaining a Tier 4 sponsor licence centres on the educational institute taking responsibility for its registered overseas students and ensuring it meets the UK’s immigration requirements. Failure to take these obligations seriously can lead to the Home Office taking action against both the college and its sponsored Tier 4 students.

In June 2014, the Home Office took action against three universities and 57 private colleges that it had reason to believe were not fulfilling their obligations. The majority of these named and shamed institutions saw their licence suspended whilst further investigations were carried out. These schools are prevented from recruiting any further overseas students at this time and also face the genuine possibility of having their licences revoked.

Where the Home Office decides to ultimately revoke a Tier 4 licence, the effect on both prospective and existing non-EEA students at that particular institution are significant.

Those Tier 4 students with existing permission to study at the institution will, in most cases, have their leave curtailed down to 60 days in which to find a new sponsor or leave the United Kingdom. Many students affected by such action will therefore need to attempt to recover fees already paid to their educational institution and locate an alternative place of study within a very short period of time.

With the Home Office continuing to take action against those colleges and universities no longer fulfilling their immigration obligations, the authorities are becoming increasingly aware of the acute effect on those non-EEA students genuinely enrolled at institutions that subsequently lose their licence. In response, the Home Office has set up a dedicated support line for those students who are still unclear or concerned about their immigration status.

Unfortunately, this ‘helpline’ is unlikely to offer a tangible solution to the students’ plight. In reality, once a Tier 4 licence is revoked, the non-EEA students based at that college have little choice than to look at for alternative place of learning, and fast.