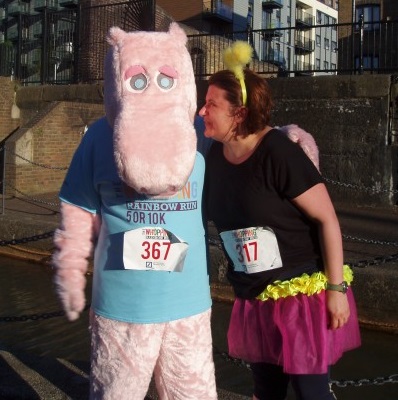 On a beautiful summer’s evening and with many friendly faces cheering them on, the runners embarked on an interesting route through Wapping and the local area.

Perhaps spurred on by the thought of being beaten to the line by one of the charity’s mascots (George, Bungle, and Zippy from Rainbow!) each of our runners was focused from the start and managed to complete the course in a very respectable time. There was even talk of some PB’s being broken on the night.