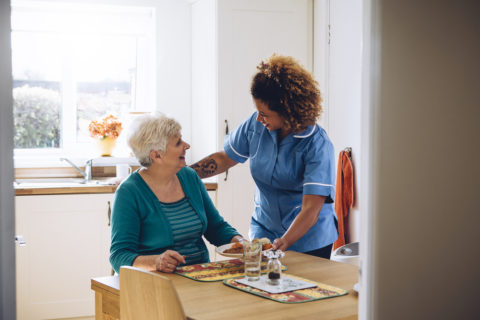 The Migration Advisory Committee (MAC) has published its 2022 Annual Report exploring net migration in the 12 months to June 2022.

The Migration Advisory Committee (MAC) has published its 2022 annual report exploring net migration in the 12 months to June 2022.

The MAC is an independent body that provides evidence-based advice to the government on matters relating to migration. The committee is required to produce an annual report to inform Parliament and the public on the work it has carried out, and to make recommendations in relation to all aspects of the immigration system. This is the third annual report that the MAC has produced since new framework was introduced in 2020.

In the report, the MAC acknowledges ongoing labour shortages and the unprecedented level of job vacancies in the current labour market, and that it expects employers to be recruiting more from overseas to address these shortages. However, the committee cautions the government against opening up new low-wage visa routes, as doing so could expose migrants to exploitation and would in effect undo the end of Freedom of Movement (FoM) in certain sectors.

Below, we set out some of the key points from the 2022 annual report.

Net migration in the 12 months to June 2022 reached 504,000, an increase of 331,000 compared to the previous year. This is the highest figure since records began but follows 2 years in which net migration was lower than in recent years.

The report suggests a combination of factors have contributed to the increase, stating: “This rise in the most recent 12 months is for several reasons, including the new Hong Kong British National (Overseas) (BNO) route and Ukraine Sponsorship Scheme, a rebound in worker visas from the pandemic, a rise in the number of students and their dependants, and the NHS’s use of the Skilled Worker route.”

Despite the recent rise, the MAC states that it is unlikely that net migration will remain this high in the long term, and that the spikes in migration caused by the new visa schemes are likely to be followed by applications tapering off and gradual outflows.

In addition, the work routes have been deliberately designed to be flexible in terms of numbers depending on the state of the economy. Given the high level of job vacancies, it is unsurprising that employers are increasing overseas recruitment to address shortages.

The MAC predicts a reduction in work visa applications if the labour market weakens as is expected in the coming months. However, it cautions the government against becoming too focused on net migration numbers, particularly since a significant part of the rise is a result of deliberate government policy.

Migrant exploitation in the labour market

This year’s report focuses heavily on migrant exploitation in the labour market. The MAC acknowledges that there are several ways in which the immigration system can make migrants more vulnerable to labour market exploitation.

For example, paying significant immigration fees can increase a migrant’s risk of exploitation. The MAC pointed to evidence of migrants becoming trapped in so-called ‘debt bondage’ and being forced to stay in work even if it is exploitative.

Lower levels of English language are also a factor, as this can affect migrants’ ability to access information on their rights and how to to report exploitation. This is a particular concern for work routes such as the Seasonal Worker visa, where applicants are not required to evidence their English language abilities in order to apply. The MAC has historically opposed reducing English language requirements where they exist, partly because this makes migrants more vulnerable to exploitation.

The MAC suggests that tying migrant workers to a particular job can be problematic in low-wage work where the risks of underpayment or labour exploitation are higher. Historically, this is one reason that the MAC has generally not been supportive of occupation or sector-specific visas.

The MAC therefore believes that the Government should resist calls to open new visa routes without a strong economic rationale and in effect undo the end of FoM on a sectoral basis.

The risk of exploitation is a key reason for this recommendation. The report states: “Low-wage worker routes have significant unintended consequences, and we are not confident that the Government will be in a position to prevent exploitation of migrant workers whose visa ties them to low-wage jobs.”

In April, the MAC published a Review of the Adult Social Care Sector, which made 19 recommendations relating to data, workforce strategy, pay and conditions and immigration policy for social care.

One of these recommendations was to establish a minimum rate of pay for care workers that is higher than the statutory minimum wage. It is suggested that this should initially be set at £1 per hour above the National Living Wage but a more substantial premium would be needed to properly address the crisis in social care recruitment and retention. The MAC also recommended removing the Immigration Skills Charge for Health and Care Worker visas and making care workers eligible for this visa permanently.

However, in its 2022 annual report the MAC reveals that the crisis in social care has worsened since the review was published, but the government is yet to respond to the MAC’s recommendations: “We are very disappointed that the Government has not responded to any of our recommendations in the 8 months since receiving the report it commissioned from us.”

The committee warns that the conditions now faced by the social care sector are unsustainable, and that persistent underfunding by successive governments underlies almost all the workforce problems in the sector.

A chapter of the 2022 report explores geographic variation in usage of the UK immigration system and considers what role migration could play in addressing demographic challenges.

Geographic analysis shows that migrants tend to be based in urban areas of the UK, and that there is significant geographic variation in how the Skilled Worker visa is used. London uses the route more than any other part of the UK, and more than the MAC would predict based on observable characteristics of different areas such as firm size, occupation, or sector composition. Scotland, Northern Ireland, and North-East England each uses the route less than would be predicted based on these same factors.

The MAC believes that migration can contribute to addressing some of the problems associated with demographic challenges, but only ever as part of a much wider strategy. The MAC has previously recommended a rural visa pilot with a view to fully evaluating the impact that such a route could have in negating some of the problems caused by rural depopulation.

This recommendation is repeated in the latest report, stating: “Ultimately, we believe it is in the interest of the UK Government to pilot and evaluate a rural visa targeted at areas facing depopulation and that such a pilot would align with the Government’s commitment to level up all parts of the UK.”

In August 2022, the Home Office commissioned the MAC to review the Shortage Occupation List (SOL). The SOL shows occupations where UK employers face a shortage of suitable labour in the resident market, and occupations on the list are then subject to more favourable immigration arrangements, enabling employers to access a wider pool of suitably skilled workers more quickly. The MAC regularly reviews the SOL and advises the Home Office on which roles are in shortage and should qualify for the list.

However, the latest review is currently on hold at the request of the Home Office pending clarification from the government on migration policy. The MAC will continue to press the government to reach a decision on this commission as soon as possible.

Keep up to date with UK immigration

Smith Stone Walters expects the Home Office to respond to the report in due course. We will continue to monitor the situation and provide further updates as necessary.

To receive the latest immigration news and views straight to your inbox, please sign up to our free news service. Or if you require support with a UK visa application, please speak to a member of the SSW team.