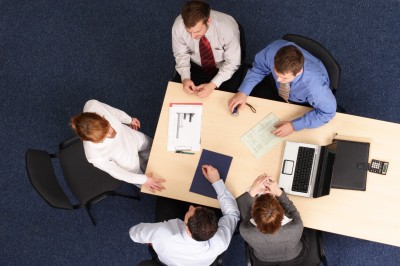 The Skilled Worker route is set to replace the Tier 2 (General) visa as the main immigration route for skilled workers in the UK. Here are 3 key changes set to be introduced with the new route.

From 1 January 2021 when the UK’s new points-based immigration system commences, UK employers will no longer be able to freely recruit migrant workers from the European Union (EU).

This means that businesses who have previously relied on free movement from Europe to fill vacancies within their business will need to adjust to new hiring processes from January. In order to recruit skilled labour from anywhere in the world, businesses will need to apply for a sponsor licence.

Under the new points-based system, the Skilled Worker visa will replace the existing Tier 2 (General) visa as the main immigration route for migrants coming to the UK for work.

Last week, the Home Office published a Statement of Changes in Immigration Rules, which clarified the new criteria that employers should be aware of when hiring migrant workers under the Skilled Worker route.

In this article, we discuss three major differences between the current Tier 2 (General) route and the new Skilled Worker route, and how these key changes will affect businesses recruiting skilled labour from overseas.

This change means that employers will now be able to sponsor workers into lower skilled roles that were previously excluded due to the higher skill threshold. Certain sectors that typically hire a high number of workers from overseas, such as retail, hospitality and construction are expected to benefit from this change.

It should be noted that applicants will not need to hold a formal qualification to evidence skill level, as it is the skill level of the job they will be doing which is important.

The minimum salary for skilled roles will be lower

Employers will need to pay their Skilled Workers a salary which equals or exceeds the general salary threshold, or the ‘going rate’ for the profession, whichever is highest. Going rates are being updated in line with new salary data and recommendations from the Migration Advisory Committee (MAC), an independent body which advises the government on migration issues.

Employers should also note that they may be able to sponsor migrant workers on a salary that is lower than the general salary threshold, but no less than £20,480, if the role is in a shortage occupation as identified by the MAC, or if the candidate holds a PhD relevant to the job.

Graduates can also be hired on a reduced salary scale under this new route. New entrants to the labour market will be able to start work on a salary 30% lower than the rate for experienced workers in any occupation, as long as the salary is at least £20,480.

Employers will no longer need to advertise vacancies

A major change that has been welcomed by many employers is the removal of the Resident Labour Market Test (RLMT) requirement.

Previously, employers looking to recruit an overseas national for a UK role via the Tier 2 (General) immigration route were required to complete a RLMT. The purpose of this was to prove that the business was unable to fill the role with a candidate from the resident UK labour market.

Historically, the RLMT and associated advertising requirements have subjected employers to a complex and evidence-heavy process, so removing this step from the recruitment process will be a welcome change for many businesses.

With the 28-day advertising period removed, employers can expect to benefit from quicker end-to-end visa processing times, which could cut the time it takes to bring in a migrant worker by at least four weeks.

However, sponsors must still be seeking to fill a genuine vacancy which complies with the skills and salary thresholds of the new Skilled Worker route, and roles cannot be created solely to facilitate the entry of a specific migrant into the UK.

Will the Skilled Worker route be better for employers?

By introducing these three key changes, the Home Office anticipates that businesses will be able to use the Skilled Worker route as an alternative way of hiring labour from overseas once Freedom of Movement from Europe ends.

Lower skill and salary thresholds mean that a wider range of roles will now be eligible for sponsorship, and the ability to ‘trade’ points against a lower salary could mean employers are able to sponsor migrant workers into more entry-level roles. Larger employers who have previously only recruited migrant workers into more senior roles may therefore wish to consider altering their approach in 2021 to allow departments to hire overseas workers for lower level opportunities.

Similarly, with no need to advertise roles for at least 28 days, the removal of the RLMT requirement will cut some of the red tape and lengthy recruitment processes previously associated with hiring migrants on a Tier 2 (General) visa. However, employers should be aware of the immigration fees their business will need to pay when sponsoring migrants on a Skilled Worker visa.

Whether these changes will be enough to counterbalance the end of free movement will not be evident until we have seen the Skilled Worker route in practice. However, businesses looking to hire skilled labour from overseas in 2021 and beyond should prepare for their new responsibilities ahead of time.

If your business needs advice or support in preparing for the UK’s new points-based immigration system, Smith Stone Walters is here to help.

Our immigration advisors can assist you with everything from applying for and maintaining a compliant sponsor licence, to practical support in obtaining work permits for your employees.