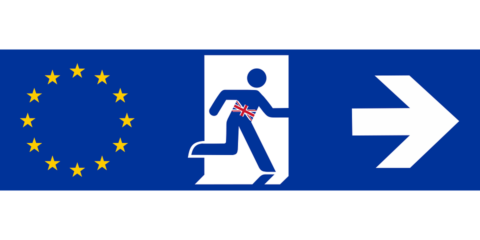 The Immigration Law Practitioners' Association (ILPA) has commented on the government's post-Brexit scheme to register all EU citizens in the UK.

Their report relates to the compulsory registration of the 3.8 million EU citizens who wish to continue to live and work in the UK after Brexit. The scheme is in its second round of beta testing before its nationwide launch in March 2019.

We present their findings below.

ILPA’s first remark is how complicated the scheme is!

‘We urge both that the layout of the rules is made more easily accessible and that the guidance to applicants set out on the gov.uk website is amended for accuracy and completeness.

‘A comprehensive application framework which is easy to understand and access is likely to have significantly lower costs both to the Home Office and to applicants.’

They also note that ‘the position of Irish nationals is unclear‘ and ‘additional provisions will need to be made to allow close family members to join the EU national in the UK.’

They also urge the government to clarify what they mean by a ‘relevant’ EU citizen in terms of those who have been resident in the UK for a continuous qualifying period.

They ask that caseworkers are allowed to exercise discretion in disregarding absences and that the applicant can specify the duration of their continuous qualifying period.  ILPA continues:

‘We understand that an EU national can arrive one minute before the deadline and still fall within the scope of Appendix EU [the scheme itself].

‘Likewise, those who enter the UK before the cut-off date and meet the residence requirement (and are able to document this) but who are not present on 31 December 2020 will qualify for limited leave to remain.’

ILPA is concerned that the Home Office may refuse an application if they have concerns about the applicant. They urge that the applicant is allowed an interview to respond to those concerns before a decision is made.

ILPA concludes by welcoming the government’s commitment to £9 million of funding to help vulnerable groups.

But they suggest that people who don’t attend their interview or fail to provide the relevant evidence should not be penalised, as they may be victims of domestic violence or trafficking.

They hope that the £65 fee for adults and £32.50 for children will be waived for certain people who cannot afford to pay to register under the mandatory scheme.