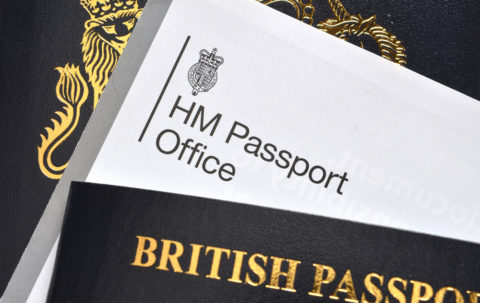 Due to unprecedented demand, people applying for a new British passport can expect to wait up to 10 weeks for their application to be processed.

During the pandemic, more than 5 million people delayed their passport application due to the restrictions on international travel. Now that most travel bans have been lifted, many Brits are setting their sights on holidays abroad and overseas business travel. As a result of the pent up demand, it is estimated that around 9.5 million British passport applications will be made this year (2022).

Due to the unprecedented volume of applications being submitted to the authorities, people applying for a British passport are being advised to allow up to 10 weeks for their application to be processed. HM Passport Office is dealing with more applications that ever before, with the processing of approximately one million applications being completed each month.

In the first six months of 2022, 97.7% of applications from the UK were completed within the 10 week window. However, a passport can only be issued once all the checks have been completed satisfactorily and may take longer if applications are submitted with missing or incomplete information.

What is HM Passport Office doing to meet the increased demand?

The UK passport authorities had anticipated this surge in demand and prepared accordingly. HM Passport Office has increased its capacity (including people and systems) across all elements of the production process. The department is working hard to continue processing as many applications as possible. Steps already taken include:

Anyone who needs a new passport is urged to apply or one as soon as possible to ensure their document arrives in good time. Customers can help avoid delays with their application by applying online and submitting a digital photo using a photo code from a shop or booth.

Customers are strongly advised not to book travel until they have a passport that meets their travel needs. Likewise, employers sending staff overseas for business needs should ensure their employees have a valid passport well in advance of any planned travel, and allow at least 10 weeks if a new application is required.

British citizens travelling to Europe are also reminded of the new rules that have been in place since 1 January 2021. EU travel rules now require individuals to have at least 6 months’ validity remaining on their adult or child passport when travelling to most countries in Europe, with the exception of Ireland. If you do not have enough time left on your passport from the date you intend to travel, you will need to renew it first.

Where to get help

If you have any questions about how to apply, or to check the progress of a submitted application, you should contact the HM Passport Office directly.