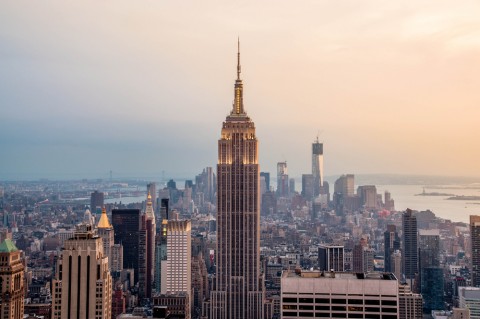 Here is our latest round up of news and rule changes from the world of global immigration.

COVID-19 and the EU Settlement Scheme

Global immigration rules and procedures are changing by the day, as governments around the world begin to ease lockdown measures and certain overseas visa centres begin a phased reopening.

However, there are still travel restrictions, border closures and concessions in place that employers and travellers should be aware of.

With this in mind, Smith Stone Walters would like to highlight the following key updates in global immigration this week.

Some significant news in April was that the US had suspended entry for some immigrants.

The ban came into effect on 23 April and was set to run for 60 days. Not all immigrants were banned, with some minor exceptions such as doctors, nurses and other healthcare professionals entering to fight Coronavirus, amongst others.

The suspended entry was exactly that, and did not impact those who were already present in the US. With travel limited in general, it has perhaps not had the impact that was first feared when the Presidential Proclamation was made. It was however noted that an extension to the ban could be made in the future.

With the 60 day period soon expiring, it is now expected that a further Proclamation may be issued to extend the entry ban.

It is not yet known whether it will carry the same exceptions and for how long it will run, but speculation suggests it could impact key work categories such as H-1B and L-1.  Employers should take note of this possibility and pre-emptively amend travel dates where possible.

A ban on non-essential travel across US land borders was set to expire on 22 June. However, this ban has now been extended until 21 July by U.S. Customs and Border Protection (CBP).

Originally implemented on 21 March, this is not the first travel ban extension that has occurred.

The ban of course covers northern and southern borders with land and boat travel into Canada and Mexico prohibited. Non-essential travel includes tourism, which in turn involves sightseeing, gambling and attending cultural events.

Essential travel includes, but is not limited to:

Businesses should not only be aware of the above restrictions but they should inform their employees of inevitable delays when questioning will undoubtedly arise at the border.

Since 15 March 2020, Russian authorities have automatically extended the period of validity of visas and other documents permitting foreigners to stay in Russia.

This process has been extended several times like many others around the globe, and applies to:

In turn, expiry is also suspended for the following immigration status documents:

The latest round of extensions are taken through until 15 September 2020.

However in a crucial change, work permits and work patents are not included in this round of expiry extensions. This important alteration should start the wheels in motion for global mobility teams who need to start renewal processes.

In the same decree, the exemption which allowed companies to hire individuals without a work permit or patent is now suspended. Now from 16 June, individuals previously relying on the exemption should not be working until the necessary documentation is in place.